America’s Next Top Model Contestants Must Pass an IQ Test to Compete on Show! 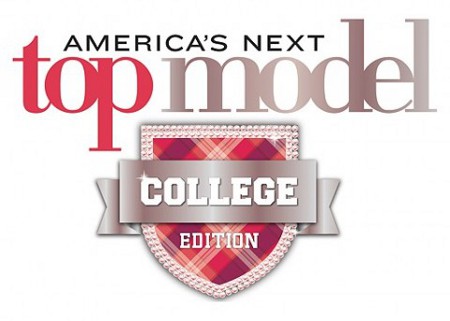 What does one require to become America’s Next Top Model? Does one require a penchant for insanity, a love for drama, or an obsession with fame? All of the above, but not all in the brain! Let us find out a bit more, shall we? Come on, step off your pedestal America’s Next Famewhore and let’s take a ride on the cuckoo express!

According to Glamour magazine, Tyra Banks was quizzed on whether the Cycle 19 girls will be smarter than the average model, since all of them are in college. She answered, “Their IQ’s are higher than ever. We test the IQ’s every year as part of our screening process. Yeah, I’m probably saying too much here, but yes, their IQ’s are higher than ever. These are college girls.” See, what Tyra is trying to say is that these girls will have the IQ equivalent of a fly sitting on a dead person, because all the previous cycles must have been dumber than dirt, right Tyra?

It is possible that Tyra doesn’t kick out the low IQ’s, but rather the higher ones, say those over 100? A person with reasonable intelligence taking part in the campest reality show since John Travolta donned those horror pants in Grease will question the intelligence of the judges, the mini-contests and those damn Covergirl ads! Anyone with above average intelligence will realize that putting Pot Ledom into a song will not result in the biggest hit since Love Me Tender.

Glamour contacted The CW (the network for perfect male hair) to get more information on the IQ tests. They responded, “Testing basic intelligence is very common in reality shows, especially competition ones, and just one of several factors that are considered in the casting process.” Sorry, what was that? Our attention was caught up in The Bachelor’s dramatic rose ceremonies and how much intelligence goes into believing that they’re more dramatic this episode than in any episode in history.  Seriously, do we look like Bruce Jenner to you?

How does an intelligence test work on America’s Next Top Model? Do a bunch of blonde lookalikes file their nails over a piece of paper and say, “Oh my gosssssshhh! This is so hardddd! I can’t do this Esmerelda! I want to be a model, not an intelligence person.” Yep, “intelligence” people live in the snow and drink the blood of ladybirds while bouncing Honey Boo Boo on their lap.

We think some people should do a Google search on Mensa. It’s too bad serial killers are usually intelligent, hey? We wouldn’t want a crazy blonde bitch storming us with a plastic knife while singing “Pot Ledom, Pot, Pot Ledom” now do we?

Let us know in the comments below how intelligent you think ANTM contestants really are!

Catch the premiere of America’s Next Top Model Cycle 19: College Edition on Friday, August 24 at 8 p.m. ET/PT on The CW. Check out our LIVE recap here, which will begin at 8 PM EST.