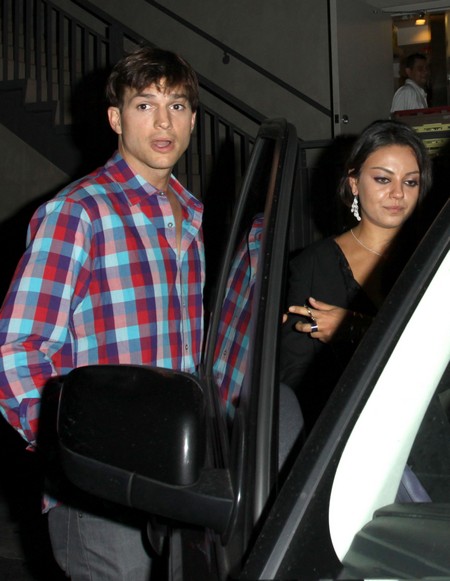 Mila Kunis and Ashton Kutcher have been a hot prospect lately. We all are able to recall the day the world found out that Ashton was a lying, cheating snake. Demi Moore sat in her boudoir with tear lines on her face and asked out loud, ‘Have I been Punk’d?‘

No, Demi. You have not been Punk’d, now swallow this Xanax and listen to some Simon and Garfunkel. There, there, let the sounds of silence soothe you into the morning…

Ashton is not only seen out and about with Mila, but according to Star Magazine Print Edition, August 13, he is also planning to make her his baby mama. A source close to the couple says, “Ashton feels his biological clock ticking -he’s wanted kids for years but he and Demi Moore didn’t have luck conceiving, most likely because of her age (she is 49).”

Yes, Ashton, having had a baby with Demi would have resulted in a full grown man walking out of her womb with a Blackberry and texting the babies in the ward, “Please, you pink footed little bitches! This is how you should be born! Full grown, with a stepladder leading from the womb! LMFAO. Man-Child out.” It would give a whole new meaning to “being born into a career”.

The friend adds, “And he’s on a campaign to get Mila to agree to be a mom, he’s reminded her that he’s had plenty of father practice with Demi’s three daughters.” Ashton has also had monogamy practice with Demi, but he failed more miserably than an Olympian in a doping scandal, so we shouldn’t pay attention to Ashton’s practice runs.

Perhaps, Ashton should focus more on the repercussions of his actions than planning parenthood with Mila. Hey, who knows Ashton, one day when you’re dead and standing in front of the Grim Reaper, he might just say, “Dude, you just got Punk’d!”

Let us know in the comments below if you think Ashton would be a good dad to his kids. 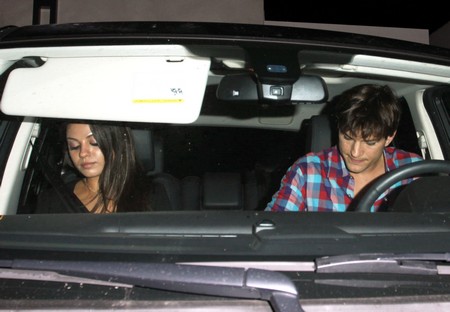