Blake Lively Leaving Hollywood Behind in Favor of Love 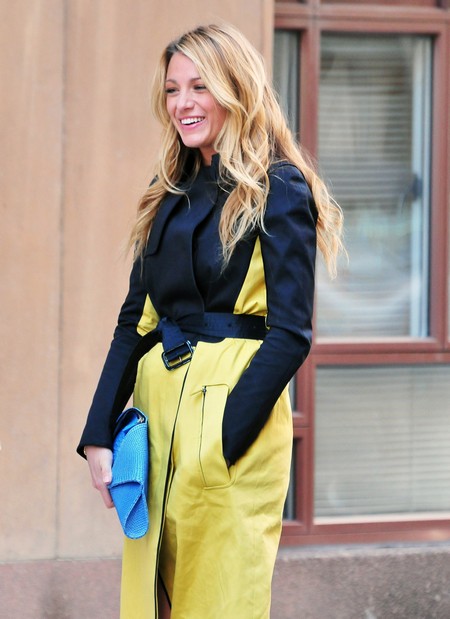 Blake Lively is known to be a blossoming fashionista but is she leaving it all behind for love?  The shopping and style obsessed star of ‘Gossip Girl‘ was the belle of the ball at last years Met Gala.  This year, she was a no-show.  While star watchers anticipated who and what she would be wearing, the young star had other things on her mind.  Mainly the love she appears to have found with Ryan Reynolds.

The duo, together for about seven months now has spent the last few weeks touring the West Coast arm in arm.  During the last weekend of April they jetted off to Napa Valley, where they stayed at the world-class Auberge du Soleil luxury resort and restaurant in Rutherford, Calif.

Since then, Lively and Reynolds have dined in San Francisco and toured the cities Red Light District.  They stopped briefly in LA before moving on to Reynolds hometown of Vancouver.  Instead of choosing a ball gown, the actress was eating dinner with one of Reynolds’ four brothers and his wife at Asian restaurant Blue Ginger, in Nanaimo on Vancouver Island on May 7th– the evening of the Met Gala.

Insiders tell the NY Daily News they believe that Lively’s absence from the evening of fashion indicates how hard she has fallen for Reynolds.  Sources also claim that Reynold’s spends ample time at Lively’s new digs where the neighbors hate them in Bedford Hills, NY.

What do you think of this love match?  Will they have a real future together? Hit up the comments below and tell us what you think.