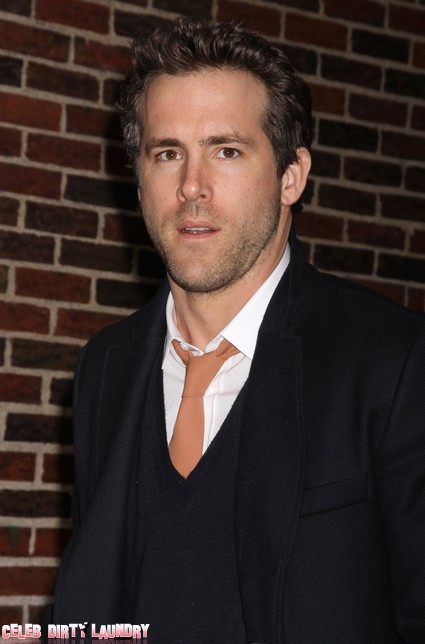 Ryan Reynolds exuded sex appeal and looked the charming and dapper stud that he is while making an appearance on The Late Show With David Letterman On Wednesday evening in New York.  Love the tie Ryan, love the sweater vest – love it all.

Ryan visited the comedian to promote his latest film Safe House co-starring Denzel Washington.  The film is filled with action and fighting, and Ryan revealed that although his skills look wonderful on-screen, he’s not much of a fighter.  He said that his last fistfight was when he was 20 years old in Amsterdam.

“I ended up in this quick little brawl and then it was over. Then the next thing I knew the police were escorting me to the train station and asking me to leave. Not because I was in trouble, but because they thought, ‘If this guy sees you again, he’s going to stab you.’ I was escorted off the city limits.”

That would pretty much put me off fighting as well.  Nonetheless, even if art doesn’t necessarily imitate life, you sure look good doing it Ryan.  Keep up the good work!