Celebrity Apprentice 2012 Finale SPOILER – Who Will Be The WINNER? (POLL) 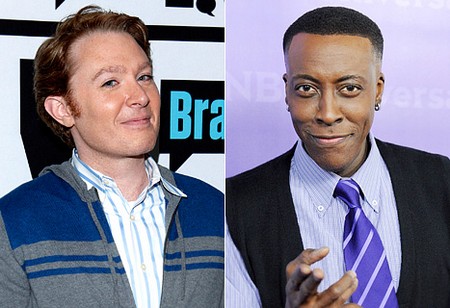 Sunday night is the finale of this year’s Celebrity Apprentice and either Arsenio Hall or Clay Aiken will be crowned as the winner.  Will it be Arsenio’s to win the title, leaving poor Clay to be a runner-up again? You can read our spoiler below, if you want to know now….

This season has had more controversy than any other season with Lisa Lampanelli lying her way through the show, bullying the disabled, calling America stupid, hurling racial slurs and degrading the entire Hispanic community.

Now if that wasn’t enough, we also had Aubrey O’Day acting like a slut and attacking Arsenio by calling him a cross dresser, not to mention her constant fighting and suggesting that she did a penis investigation on him.

Aside from all the cat fights and controversy, most importantly, the winner will receive $250,000, plus all money raised in the final task for their charity.

Clay has help from Penn Jillettte, Aubrey O’Day, Dee Snider and Debbie Gibson, his charity is the National Inclusion Project, which he founded.

Last week the celebrities were given their final task, did you see the episode? If you missed it, you can read the full recap HEREv.

The teams have to produce and post a 30-second ad for their charity, as well as a variety show that each finalist must appear in.

MAJOR SPOILER: If my sources are correct, Clay’s variety show is said to be a family type of show that features everybody on the team, while Arsenio’s is racier and doesn’t hit the mark. Ultimately, Clay Aiken is NOT going to be a runner-up again, he WINS.

What do you think, should Clay or Arsenio be the Celebrity Apprentice winner?

Take our poll and have your say on who you think should walk away with all the money for their charity as well as the prestigious title of “Celebrity Apprentice Winner”.

Don’t forget to come right back here to CDL tonight for our awesome recap when we will be live blogging the finale.