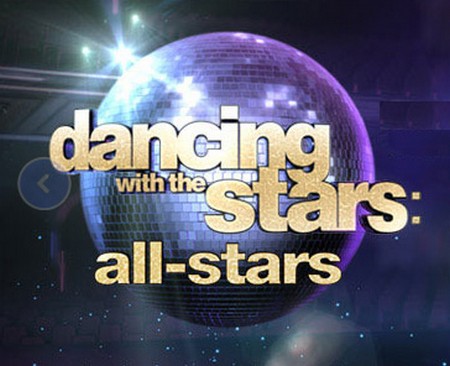 It’s an All-Stars extravaganza on DWTS’ 15th season! Last week we saw Pamela Anderson Cha-Cha-Cha her way out of the competition with a score of 17.0. Anderson’s 10th season stint on DWTS landed her 6th place in the overall competition, with an average median score of 22.8. Who will be the next to go? What will the campy show deliver tomorrow night? Close your eyes and step to the beat, because Celeb Dirty Laundry is bringing you a little teaser!

Emmit Smith and Cheryl Burke scored the highest score last week with 24.5. Emmit’s previous average median score was 26.8 and he won the 3rd season of the popular dancing show with Cheryl. It is up to them to prove their staying power and work their way into the finale again. However, if the vote fixing is to be believed, we’re most probably going to see a Bristol Palin/Mark Ballas win this season, which would be a crying shame. Tomorrow night is the Quickstep/Jive theme, with Melissa Rycroft and Tony Dovolani up first with their Jive. Rycroft only attempted the Jive once during her stint on the 8th season of the show. She was unable to complete the dance due to an injury, so tomorrow night will be her first official opportunity to show America what she’s made of.

The most controversial contestant, Bristol Palin, will be doing the Quickstep tomorrow night with her dance partner Mark Ballas. Palin’s extremely controversial 11th season stint was marred with low scores and an unbelievable third place finish. Palin and Mark also did the Quickstep during their second week in their season and managed to achieve a tied second place spot of the night with 22 points (7, 8, 7). They earned an 11th place finish last week with 19.5 points.

The second lowest scoring couple of last week, Kirstie Alley and Maksim Chmerkovskiy, will be attempting to regain a better overall position with their Jive tomorrow night. During Alley and Maksim’s 12th season run on DWTS, they scored 30 (9, 7, 6, 8) points for their Jive during the 7th week of competition. This was tied with the lowest score of the night. Their performance last week gave them a 12th place finish and a very low score of 19.0.

We shall have to wait and see which of the celebrities Quickstep their way into the record books and which will be jiving their way into the elimination spots. Emmit and Cheryl are currently the front runners score wise, but Bristol and Mark have been able to kick, scream and bloc vote their way into a third place position, so it will be up to the American public to decide which celebrity contestant deserves to be there based on “talent” and not popularity.

Below is a little scoring chart, so you’re able to bookmark us and pop back every week to see where your favourites lie in the pecking order:

Who was your favourite last week? Who are you looking forward to most during tomorrow night’s show? Let us know in the comments below and remember, stick with CDL for all of your DWTS news, reviews, spoilers and recaps.