Elizabeth Smart Got Pregnant On Her Honeymoon 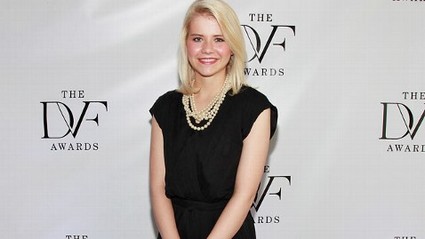 Elizabeth Smart had her childhood destroyed by a horrific kidnapping but now the kidnap victim is planning on having a child of her own.  It seems that after her dream Hawaiian wedding Elizabeth and her new husband, Matthew Gilmour, got right down to the baby business.  Friends of the couple are expecting that Elizabeth will give birth to her first child this year.  Apparently having a child of her own will Elizabeth to get over her traumatic experience at the hands of Brian David Mitchell and Wanda Ileen Barzee.

Globe Print Edition, March 12 has this to say:   Newlywed Elizabeth Smart will be a mom by the end of the year, predict close pals.  The 24-year-old former kidnap victim married her personal Prince Charming, Scotsman Matthew Gilmour, Feb 18.   The pair tied the knot in Hawaii, less than a month after announcing their engagement.

A source says:  “They are so much in love, we couldn’t stop them getting married much sooner.   They really wanted to get on with their new lives together – and that includes having a family.  Both Elizabeth Matthew had to fight back tears of joy through the entire ceremony, it was beautiful.”

The wedding took place on Oahu’s north shore. Followed by a reception given by family and friends.  A romantic Luau was held at the Polynesian Cultural Center near the Temple – a favorite honeymoon spot in the area.

The source says Gilmour and Smart, who was kidnapped at knifepoint from her Salt Lake City bedroom in 2002 and held for nine months, spent their honeymoon in a ‘very private house on the beach.

Adds another source,  “Several of Elizabeth’s closest girlfriends say she is determined to have a honeymoonbaby.  She loves kids and we’re taking bets she and Matthew will be pregnant when they  get back from Hawaii.  We believe they wanted to get a head start on a family – so they fast-tracked the wedding.  Who can blame them”

We wish Elizabeth and David every success in their ventures.