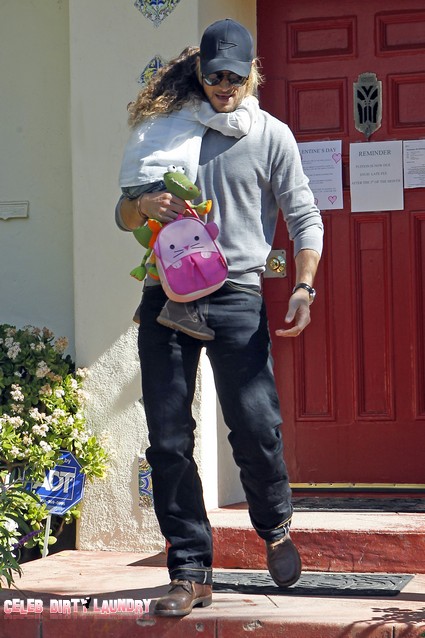 Gabriel Aubry‘s true colours are becoming more and more evident. The ex-boyfriend of Halle Berry is being accused of multiple incidents of child neglect and endangerment towards his 3-year-old daughter Nahla.

To be fair, as these are serious accusations, Gabriel has yet to defend himself so it’s easy to pass judgement. That being said, there have been numerous interviews conducted with people familiar with the relationship between Gabriel, Halle, and Nahla – and that concerns have been raised.

Gabriel most recently got himself into hot water after allegedly (and aggressively) grabbing his daughter out of her nanny’s arms. This incident led Halle to pursue further legal help, which involved the Department of Children and Family Services. The DCFS conducted an interview with Nahla, who talked about her father and described incidents involving him screaming at her, and how it made her extremely frightened.

The courts have ordered Gabriel into anger management counselling, and he can only have contact with his daughter in the presence of a monitor to ensure her safety. TMZ has reported that the dependency court dealing with the case is different from family court as it is designed specifically to protect a child when there are signs of neglect of abuse.

Obviously this is a very serious matter. I hope that the necessary steps are made to ensure Nahla a safe and happy childhood – and a life where both her parents have her best interest at hand.