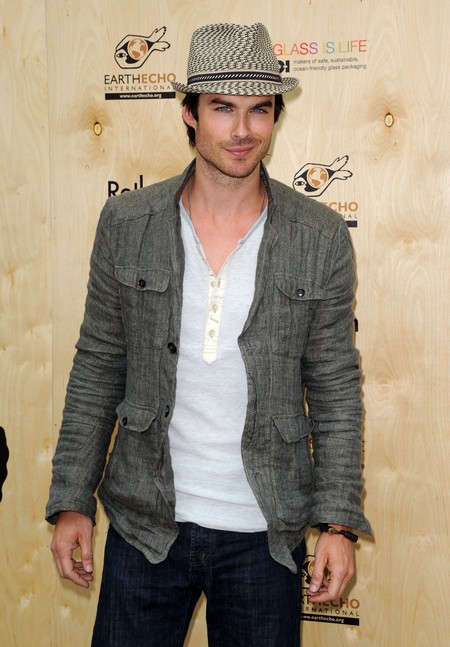 I will never admit to reading this racy book – ever.  Ok I’m lying, and I’m not the only one.  So maybe I’ve ‘dabbled’ in the pages, but seriously – after all the hype surrounding this book, who wouldn’t be interested.

Well, Vampire Diaries actor Ian Somerhalder certainly is.  The 33-year-old actor is in talks to play the role of billionaire Christian Grey in the film adaption of E.L James’ highly sexual (to put it mildly) novel Fifty Shades of Grey.

I’ll say this – the way Christian Grey is described in the book, not even my Edward Cullen can compare to his good looks … ok, that’s another lie – he would make a wonderful Grey.  And the book was supposed to have been written as a Twilight fan-fiction novel.  Just saying.

Ian spoke about his interest in the film with Ryan Seacrest in an interview on Monday.  “I absolutely would be up for that. It could be very, very amazing, I have the book and I just started reading it. That would be a pretty incredible thing, and hopefully that could pan out. Beyond the shadow of a doubt, I think that would be a phenomenal opportunity!”

Very interesting Ian, although I don’t know how I feel about you in the role, I admire your admission.  Just to pique your interest folks, the novel details the dominant-submissive relationship between handsome (and uber rich) Christian Grey and 21-year-old college student Anastasia Steele.  I won’t say anymore, but please, just use your imagination.