Inside Prince William’s Birthday Party: What Kate Middleton Did That Left Him Cold 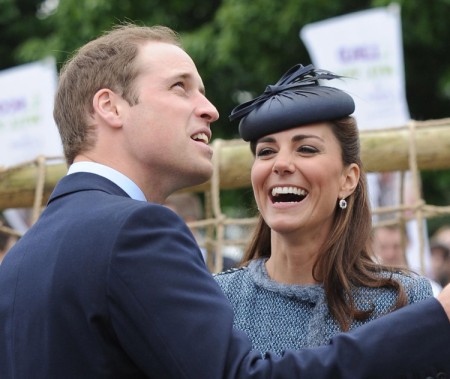 The day started off well enough with Kate surprising her husband with a Collins & Sons watch and breakfast in bed, the Sun reports.

But then Kate’s ambition to give William a birthday he would never forget took a turn for the worst when the summer day turned wretched. Kate booked some tubing fun for William and his friends and refused to change plans when the day became freezing with pouring rain and blood-chilling winds. William was “soaked to the skin” while friends like Prince Harry, Thomas van Straubenzee, Harry Aubrey-Fletcher and David Jardine Paterson “roared with laughter” a source said.

But Wills was a good sport. “For most 30-year-olds who have just inherited £10million the last thing they would want to do is freeze themselves on a wet weekend in Wales,” the source said. “But this is typical of William.”

The party retired to the the couple’s cottage to get warm for Kate’s small private dinner. She had asked the 12 invitees to bring a prop and a brief speech to “provoke memories” for the over the hill royal. Kate talked about Princess Diana in hers. “She’s spent weeks planning this,” a friend close to Kate explained. “William can’t believe he is 30 so Kate wants all his old friends there. It’s very sad Wills’ mum hasn’t seen him hit 30 and Kate will pay tribute to Diana in a speech.”

I love the fact they went tubing despite the crappy weather. Wills probably didn’t want to hurt Kate’s feelings since she’s been planning this birthday for so long. It’s cute he went through with it. But what’s up with all the sentimentality and what happened to the murder mystery game we’ve been hearing so much about? Kate must have shelved it. I’m all for being nostalgic and sentimental at birthdays, but couldn’t she have made a speech about his mom when they were alone? I think that’s weird. The booze should have been flowing and the stories should have been hilarious and inappropriate. That’s how I hope to turn 30.

Kate seems like she really tries, doesn’t she? It’s like her mission in life to make William feel happy and normal. There are worse missions to have, no? Do you think it’s cute the way Kate fawns over William or are you sensing she’s a helicopter wife?