Is Nick Jonas Breaking Up Miley Cyrus And Liam Hemsworth? 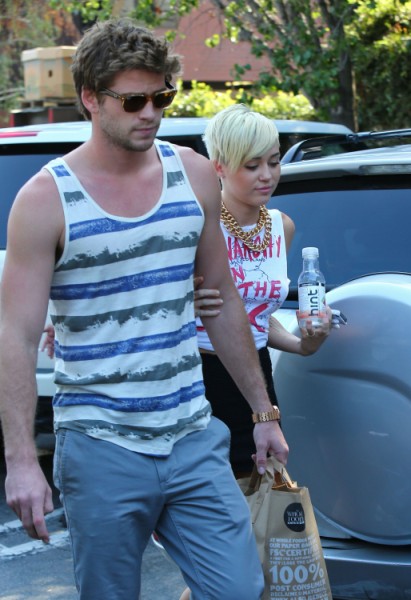 Oh Nick Jonas, do you have some explaining to do? The middle Jo Bro opened his heart to a packed house at the The Jonas Brothers’ Oct. 11 comeback concert at Radio City in NYC last night. He debuted his new song, Wedding Bells which may or may not be about first love and now ex-girlfriend, Miley Cyrus.

Miley’s a muse! Do you have an idea how excited she is today? This is the girl who was just whining that people didn’t love her as much as she loved them and that her life lacked passion. It sounds like Nick Jonas would like to give her some passion.

Could Nick be talking about Miley’s upcoming wedding to Liam Hemsworth?

Nick remained coy when he explained the reason for the song but he had to have known everyone and their mom was going to know it was about Miley. “I don’t think I’ve ever written a song that makes me as uncomfortable as this song does,” he said. “Some things happened in this past year that affected me a certain way in that moment and I had to go write a song about it in that moment and although it’s not the way I feel at this moment in time, hopefully this gives you a glimpse into what that experience was like for me. It’s an incredibly thing and it should be valued when you appreciate someone and care for someone and there is history. But as you move on in your life, and move into maturity, you have to take the experience with you as memories and not your reality. This song is called ‘Wedding Bells.’”

So how will Miley react? Oh come on! You know she will. Miley can’t NOT react. And this is big stuff. This is first love stuff and that’s dangerous for a young bride who may or may not be feeling fulfilled in her current relationship. But I checked Miley’s twitter… nothing yet. But just wait. You know it will happen sooner or later. Maybe she’ll get drunk or smoke too much weed but she’ll get nostalgic and write something in an attempt to be cryptic but it’ll be ridiculously obvious.

Miley and Liam haven’t been completely quiet though. Liam posted a pic of his new tattoo on his Instagram page. He inked a line of President Roosevelt’s 1910 speech on the inside of his forearm. Sound familiar? Ya, it matches a tattoo of Miley’s which quotes a different part of the speech.  Blurg. Whatever. Maybe he figured he couldn’t write a song so he had to show Miley some love. It will hold her for now. But who knows how long? I know. I know. You would choose Liam over Nick, right? It’s no contest. But Nick’s her first love. I’m telling you. First loves are killers.

Is Nick Jonas breaking up Miley Cyrus and Liam Hemsworth? Is Miley dumb enough to ruin her good thing with Liam? Nick’s a cute kid but Liam’s in the middle of filming a giant franchise and isn’t lamenting at comeback concerts. This is a no brainer but we are talking about Miley Cyrus.