Jennifer Aniston Wants To Be A Serious TV Actress 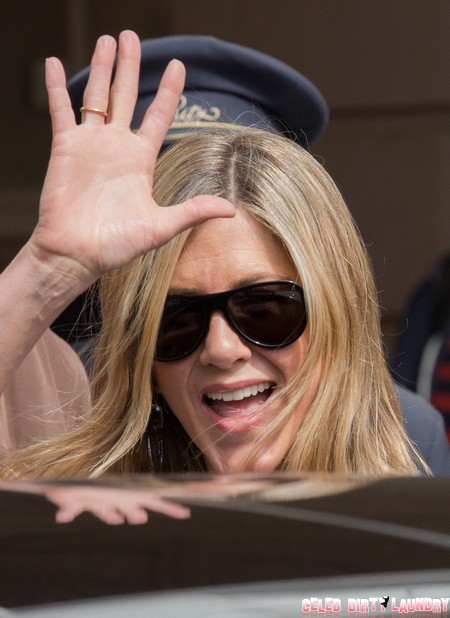 Jennifer Aniston might be returning to her happy place, namely television, all thanks to her BFF and Friends co-star Courteney Cox.  Stranger things have happened and we could see Jennifer Aniston returning to TV – after all we have talented actors like Steve Buscemi and James Spader who have done a marvelous job on the tube.

Jennifer hasn’t had the best run with films. She has experienced more misses than hits. Does anyone remember that horrible piece of trash “Bounty Hunter”? Or the overtly hysterical film “The Switch”? Yeah, we do. We won’t ever be able to forget them. If you put all of your most traumatic memories together, they don’t even match-up to the sheer horror we experienced with some Jennifer Aniston films. They will forever be burnt into our memories, until the day we die, like the family secrets you keep and the photo of the alien you once met at McDonald’s.

A source told The National Enquirer, “Jennifer’s looking for an edgy, character-driven show along the lines of Edie Falco’s ‘Nurse Jackie,’ Mary- Louise Parker in ‘Weeds’ or Glenn Close in ‘Damages.’”  Wouldn’t playing a role like one of the above require that Jennifer learn how to act?

Yes, and we’re looking for a brand new toaster after ours exploded the other morning while we were fast asleep. We ended up pooping and crying in the closet from shock.

“She’s tired of so-so film scripts, bad movie reviews and disappointing box-office sales. She also thinks she’s getting too old to star in big-screen romantic comedies. So after a heart-to-heart with Courteney, she made up her mind to reinvent herself as a serious actress back on TV where she got her start.” Jennifer is as serious as a dancing cucumber singing Leonard Cohen songs.

Jennifer is very desperate to play a juicy character that she can really sink her teeth into, the way her good friend Laura Dern has done with HBO’s series “Enlightened”.

Do you see Jennifer Aniston returning to TV? We hope Jen finds her enlightenment in playing an edgy character on a television show. Her awards cabinet is filled to the brim with Razzie Awards and a few dusty Emmy and Golden Globe Awards, so we don’t blame her for trying to find something meaningful and arty. Her film career might not yet be over, as there are quite a few producers out there who are looking for the awkward love interest with hot hair. Jen might just be a tad bit too old though…  She could, however, be perfectly cast as The OLD MAID.

Let us know in the comments below your thoughts.