Jude Law And Cameron Diaz Hook Up Again: Are They Friends With Benefits? 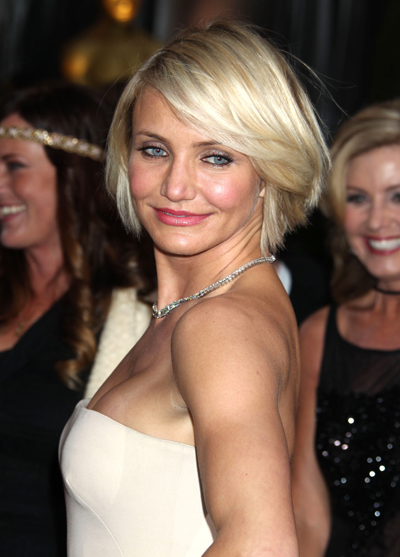 Are Cameron Diaz and Jude Law hooking up again? That is the latest report from Intouch Weekly, who claims that an eyewitness spotted the two making out recently at the Chateau Marmont Hotel in Los Angeles.

Supposedly, someone told the couple to “get a room,” and the two 39-year-old actors obliged. Supposedly, after throwing down money for their $400 bill, Cameron and Jude snuck off to a bungalow together.

This wouldn’t be the first time that Cameron, who was most recently linked to Sean ‘P. Diddy’ Combs, and Jude have been romantically linked. After starring in the 2006 film, The Holiday, together, they have been partying together at nightclubs and going out to fancy dinners on-and-off ever since. Related: P Diddy Catches A Bruised Cameron Diaz On The Rebound

Last year, the co-stars were seen “snuggling” and having a flirty conversation after the 2011 Vanity Fair party, and, later that year, they reportedly had a “no strings attached” affair in London, reports Celebitchy.com, after Cameron broke up with her then-boyfriend Alex Rodriguez and Jude called things off with former flame Sienna Miller.

Is it a coincidence that after Cameron has seemingly ended things with P. Diddy that she’s gone running back into the arms of Jude? It certainly seems like they have a close, albeit casual, relationship.