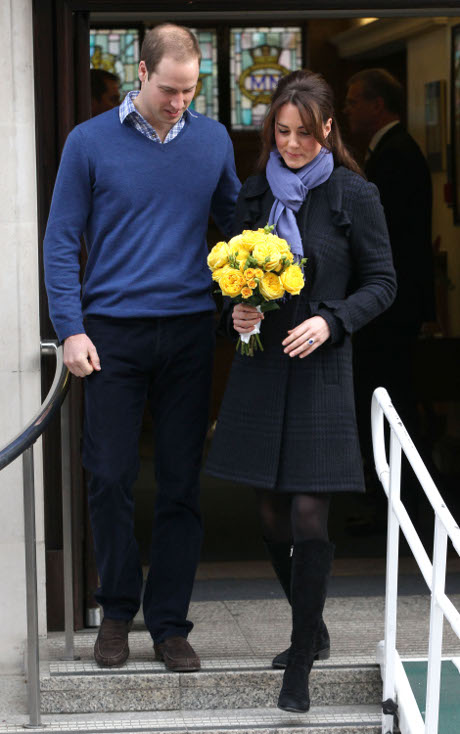 Kate Middleton and Prince William‘s baby might take after his uncle Prince Harry in more ways than one, and he just might get a bit of his royal red hair! According to British geneticists at BritainsDNA, there is an alleged 52% chance that their bouncing baby will be born with red hair. While genetic predictions such as the ones carried out by the company are mere estimations, scientists traced the appearance of the gene throughout Kate and Will’s family trees. And they arrived at this glorious conclusion.

Who would like a brief genetics lesson? I know you do. I dabbled in a college genetics course for a bit and, while I discovered that molecules (for the most part) stress me out more than Lindsay Lohan’s future does, I did step away with a few fun facts. For a child to have red hair, both parents must carry the recessive gene variation that leads to red hair being displayed as a physical trait. Now, just because a person carries the recessive gene doesn’t necessarily mean they will have red hair: a person must receive two of these fabulous red hair genes for them to exhibit a state of gingerness and doomed-to-the-sunscreen-bottle-forever-ness.

According to Alistair Moffit, director of the British genetics company, “Princess Diana and Prince Charles must both have been [carriers] since Prince William’s brother, Harry, has gloriously red hair. The way the genetic dice fall, that means Prince William has a 67 per cent chance of being a carrier of the gene variant. The question remains, is Kate a carrier? As a result of our study, we can say she has a 38.3 per cent chance of being one. If those percentages are averaged, it is 52 per cent likely that Kate and Wills will have a red-haired child.”

The new royal baby may take after Prince Harry, but let’s just hope he or she doesn’t inherit Prince Harry’s propensity for shenanigans and partying. I’m fairly certain Prince Harry is done with his craziness for a while, as he was probably threatened with his life, but the royal family should heed my warning: Royal Gingers are firecrackers, and they like to get nekkid in Las Vegas.