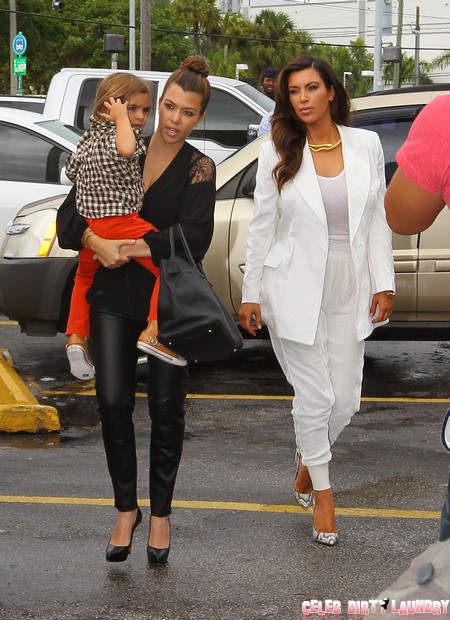 I think when it comes to logic the mall is open but no one’s shopping in Kim Kardashian’s brain, so it’s a good thing she has a cut throat Kris Jenner momager to keep her in the limelight, otherwise this chicks’ fifteen minutes would have ended years ago.  Some fans seem to like the Kim and Kanye West pairing and I think it’s pretty clear that I’m not exactly a fan. I will say that these two are pretty evenly matched. Both think they are godlike, both obsess over their image and both are press hungry vultures that will do anything to get themselves media exposure.

The latest nugget coming from the couple is the rumor that they have put a serious baby plan into effect. According to the Enquirer, Kim is dropping $200K to help her get pregnant in a hurry. It’s a total about face because originally the shallow Kim didn’t want to ruin her figure by actually carrying (and bonding) her own baby. You know that’s how she operates; everything is done for her by someone else! Anyway according to the mag Kim recently,

“ditched plans to have a baby by a surrogate mom, sources say, and she’ll spend the $200,000 she’d budgeted for that on cutting-edge fertility treatments. Kim originally planned to use a surrogate to preserve what she calls her ‘money-maker,’ that being her curvaceous shape.  But after their trip to Italy, she said, ‘All I want now is to be Kanye’s wife and the mother of his babies. I don’t care WHAT it does to my figure!’” And so Kardashian is now allegedly said to be researching high-tech fertility treatments. Kim wants to make sure her first delivery will be twins,”

Maybe before parading yet another guy’s rock and trying to have twins, she should first end that marriage to the other guy- Kris Humphries! And what is it with this family always turning to the quick medical fix for everything?!  Why conceive the old fashioned way when you can pay to make it happen, unless of course there is a fertility problem. Maybe Kanye shoots blanks! Or could it be that fertility problems do run in the Kardashian family and aren’t just limited to Khloe Kardashian?

Can you imagine this couple actually having a kid? It would be the best-dressed accessory ever and totally raised by nannies, don’t you think?  Tell us your thoughts on Kim and Kanye reproducing in the comments below!