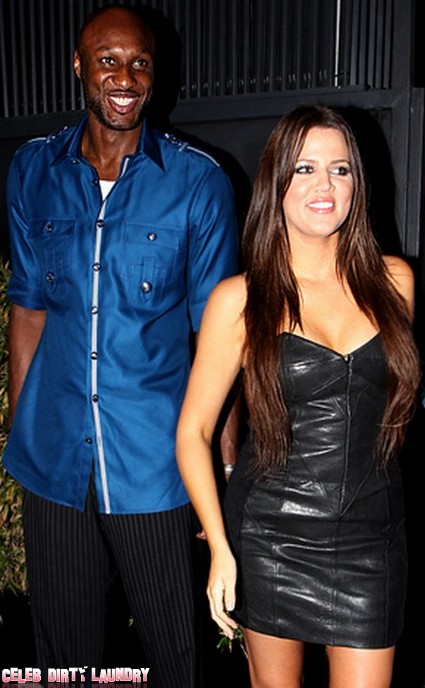 The Kardashians don’t know how to live their lives off camera. They’ve never heard of the phrase ‘too much information’. Khloe Kardashian is keeping up the family tradition of over-sharing with her latest revelation. She’s announced husband Lamar Odom and her have a very active sex life.

The basketball wife shared her bedroom exploits when asked about reports she’s trying to get pregnant. She explained to AP – in great detail – what was going on ‘I was writing down my ovulation days, but it took the fun out of trying to get pregnant in my opinion and for Lamar, too. We were both like, `OK, this is like, I don’t want to be told, when (to have sex)’ … like it’s too much and it’s too strategic. It’s supposed to be romantic, so I now stopped all of that. … We’re enjoying each other, we have a very active love life’. There those Kardashians go again! Too much information!

We’ll get to see plenty of the pair in the coming weeks. The second season of Khloe And Lamar starts on E! tonight. This series covers some major changes in their life. Lamar is traded to the Mavericks and they have a quick shift from LA to Dallas. But there’s one thing we won’t see – what Lamar gets up to with the boys. Celeb Dirty Laundry uncovered his party ways here Lamar Odom Frolics With Strippers While Khloe Kardashian Mopes

It will be interesting to see Khloe stand on her own two feet. She has to cut the apron strings in season two. Suddenly Mom Kris Jenner isn’t there every step of the way to look after her.