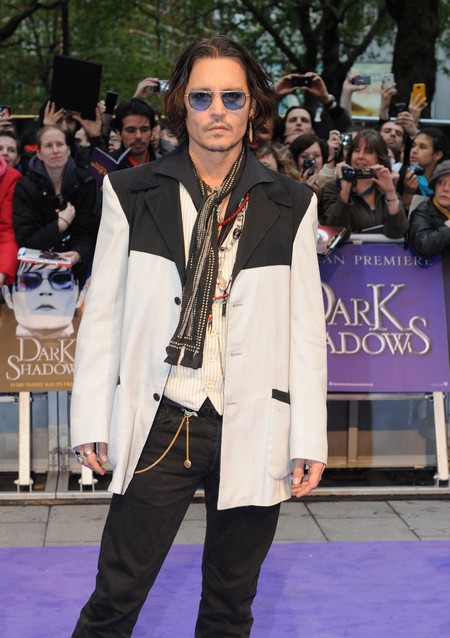 Johnny Depp will be starring in the sardonic Wes Anderson’s new project, “The Grand Budapest Hotel”.  Let’s all have a little soiree!  Wes Anderson is famous for his satirical and eccentric film style. His characters are at times acerbic, strange and carry an air of oddity to them. His story arcs are ironically juxtaposed against unusual circumstances and the dysfunctional relationships between the characters.

Johnny Depp would be perfectly cast as one of these characters, even though Depp’s style is that of typecast caricatures and Tim Burton creations.

The plot is still very much under wraps, but according to reports, Wes Anderson (The Darjeeling Limited) is considering a sleuth of Hollywood royalty to star alongside Depp in the film, which include Bill Murray, Owen Wilson, Adrien Brody, Edward Norton, Jude Law, Jeff Goldblum, Willem Dafoe and Angela Lansbury.

Wes Anderson will be joining forces again with his “Moonrise Kingdom” collaborators, “Indian Paintbrush”. Scott Rudin and Steven Rales will be at the helm of production this time around.

Johnny Depp was once upon a time signaled as the new icon in Hollywood, with his brooding looks and idiosyncrasies, Depp was lauded for his early performances in films such as “Edward Scissorhands” and “What’s Eating Gilbert Grape?” However, Depp has been wallowing in a pit of typecast performances, marred with over-acting and a less than substantial method. He has become one of the most important stars of his generation. He has also been the inspiration to Tim Burton’s hallucinatory characters, much like Alfred Hitchcock’s female muses. Arm chair critics have lambasted Depp for always being used in Burton films, but this is not an extraordinary occurrence. This method was mostly used in the old studio system, where every actor was under contract at one studio or another. If an actor and director had a hit, the studio would pair them together again. A typecast team does well in Hollywood, because audiences flock to the familiarity of a well known face on their silver screens. Hitchcock did it with Grace Kelly. The Coen Brothers did it with Steve Buscemi. Woody Allen did it with Diane Keaton.

Depp will be starring as Tonto in Gore Verbinski’s “Lone Ranger”, after his not-so-surprising performance in another Tim Burton creation, namely “Dark Shadows”.

Depp has been dubbed “The Chameleon of Hollywood”, due to his ever-changing film persona. The question begs to be answered, will Depp’s future performances still be blemished by an out of date system, used to typecast actors and draw audiences? Or will he be able to break away and become an actor in his own right?  Only time will tell.

Let us know in the comments below if you’re a fan of Depp’s acting.