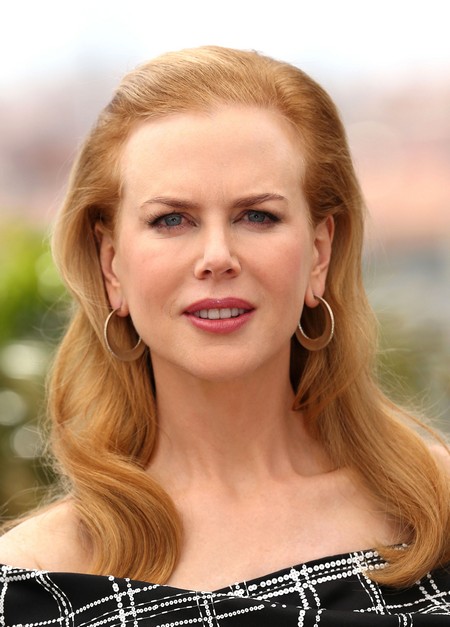 Nicole Kidman is like the rebellious girl in high school who you had a friend crush on in 8th grade, so it is only fitting that Nicole has been Katie Holmes’ friend throughout the whole divorce drama with Tom Cruise. Nicole has firsthand experience of the madness behind the Scientology cult. She lost her kids to the cult, so it is no surprise that Nicole Kidman helped Katie Holmes remove Suri Cruise from the horrible clutches of Scientology.

From Us Magazine: Nicole Kidman Resurfaces After Tom Cruise, Katie Holmes Divorce. We have to ask, like everyone else have asked,  was Nicole deliberately creeping around in the darkness with a black cloak and Spanish eyes in order to not create any suspicion that would thwart Katie’s plan to escape with little Suri?

We all know Nicole loves kids, as was reported in The Belfast Telegraph, “I want a very deep, intimate, monogamous relationship. I want that. That’s what I cultivate in my life. I want to raise children. I love children and I love raising children.”

Nicole never had the opportunity to raise children, because Tom Cruise became the custodial parent of their adopted children. Connor was six years old when the relationship between Nicole and Tom hit the jagged rocks of sadness. Suri is the same age as Connor was.

Let us see what all of this means, shall we? See, it is quite elementary my dear Watson.

Nicole has quite possibly been ravaged by emotional guilt ever since her disastrous break up with Tom. We all know she is slightly neurotic, but she also seems like someone who will be there for you, through thick and thin. Is it possible that Nicole helped Katie get Suri out of Scientology’s grubby paws? Yes, my dear Watson, it is quite possible.

We doubt Nicole wanted to see a repeat of what happened to her so many years ago, therefore, through assisting Katie in getting out from under Tom’s despotic thumb, she not only healed dried out old wounds, but also helped save Katie and Suri.

Let’s all go for a drink at the pub and watch a game of footie, shall we? Mystery solved and Enid Blyton’s ghost is cackling in the distance.