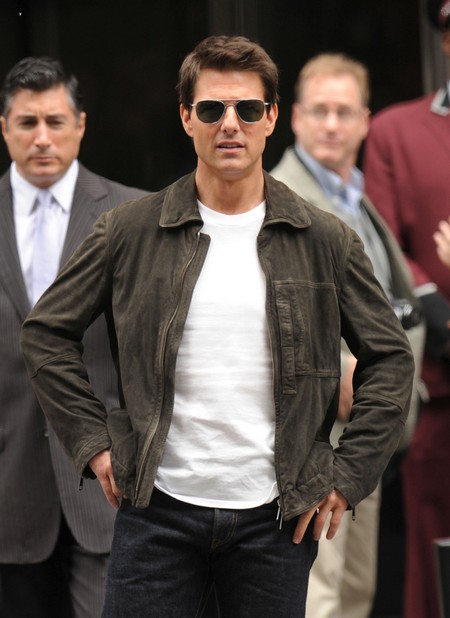 Marty Rathbun is a high profile ex-Scientology member and he has revealed some pretty startling information about the cult in an exclusive RadarOnline interview.

Katie’s family has been receiving information for years on the “iron grip“ which Scientology has had on Tom Cruise’s personal and business life.  He says, “I did audit sessions with Tom Cruise from 2001-2004, and I can tell you that I have a friend that has been providing Katie Holmes’ family information for years about the iron grip the Church of Scientology has on Tom Cruise’s family and professional life. This has been going on for at least four years.”

Marty left the church in 2004 after he witnessed alleged violence at the HQ in Florida. Wait, you weren’t surprised were you? Violence is the least of your problems when you’re hunted down by a bodybuilder called Boris from Terrorist Central, who happens to be one of the head honchos at the Scientology conference.

According to Scientology literature, “Auditing is a central practice in Scientology through which a practitioner is cleared of negative influences known as engrams in order to heighten spiritual awareness and access currently untapped potential. Auditing sessions involve two people: the person being audited and an auditor.

The person being audited is generally referred to as a pre-Clear in public Scientology literature, although Clears continue to participate in a similar process. The auditor monitors a device known as an electro-psychometer, or E-meter. The pre-Clear holds a metal cylinder in each hand, both of which are attached by wires to the E-meter.”

Well, we are a hundred percent certain now that the crazy folks at the Church of Scientology HQ have been watching too many Ghost Hunters episodes and really need to have some tea and a biscuit to calm their nerves. It helps to dunk the biscuit and wait for the exact moment before complete biscuit disintegration, so please read this Scientologist man, otherwise you might place biscuits on your ban list like you have done with psychiatry and sanity. A world without biscuits is like a world without unicorns.

A source close to Katie said: “Katie’s father is very involved in the divorce proceedings and [is] working closely with Katie’s lawyer. Katie’s father has truly been her rock in the last several months and she just doesn’t know where she would be without him.” We would also reach out to a parental figure if we were the Bride of Satan Tom Cruise for so many years.

We truly hope poor little Suri comes out unscathed on the other end of this nasty divorce. Her mom needs her mind back and her dad needs to go to clinical trials on the effectiveness of Lithium.

What do you think readers? Is this story getting out of hand? What would you have done if you were in Katie’s shoes? Let us know in the comments below!