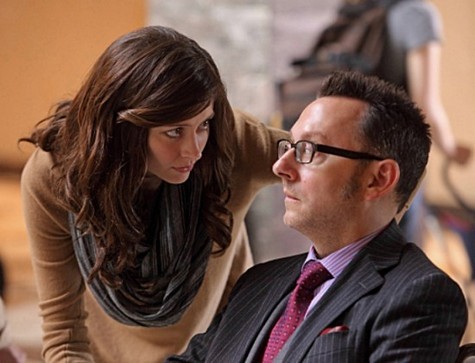 Tonight on CBS a whole new episode of Person of Interest aired called “Bad Code.”  One thing I totally like about Person of Interest is that the action never slows down. The plot advances from scene to scene in remarkable stride.  Here is a breakdown of all that transpired tonight.

The background of our Root AKA Sam Grove was exposed. She has seen the evil in the world, and she is set to right this,  one government agent after another.  We saw more of her back-story, and we learnt what drove her to actions. Her best friend was kidnapped, then she reported this to the police, but she was not found. From a tender age, she was good with computers, as evidenced at the library.

The bromance between Mr. Reese and Finch is one to die for.  He was determined to find out about Root and where he could find his boss. Of course, this did not hamper his ability to take out crooks and drunkards, all without ruffling his suit.  Both men have come a long way since the first episode; there is a stronger bond between them, which goes beyond that of boss and employee.

Detectives Carter and Fusco were also on call, ready to lend a helping hand. Solving the cold case of Hanna Frey was also good, as she was given closure. Margo Martindale was also terrific.

Now to the star of the show; the Machine.  This device has been covered in mystery, since the inception of the show, and a lot of people have died, trying to figure it out and hunt it down. People like Alicia Corwin and Denton Weeks can testify to this. I think the writers have done a wonderful job of giving us the normal procedural style of CBS, while at the same time, dropping little crumbs regarding the bigger narrative. I would still like to know more about the machine.

Root may be gone for now, but be rest assured, she is still much around, plotting and scheming, and it does not look like a threat from Reese will keep her way.

So what did you think of the episode, do you wish to see more of Root or would like to know more about the Machine. Sound off in the comments.