Report: John Travolta Had A Gay Affair With His Pilot, Doug Gotterba, For Six Years! (Photo) 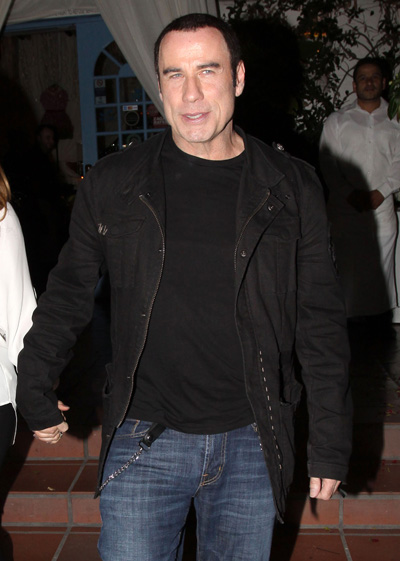 John Travolta‘s personal life just keeps getting more twisted! Following all of the gay sexual harassment claims that have plagued the 58-year-old movie star of late, comes the shocking allegation that the Grease star had a six-year gay love affair with his pilot that he tried to cover up by pretending he was dating Brooke Shields.

According to the latest issue of the National Enquirer via RadarOnline, Doug Gotterba was John’s boyfriend and his personal pilot in the 1980s, reveals John’s ex-secretary Joan Edwards.

“I did everything for him, including taking care of his personal and professional schedules. Of course I knew he was gay. It never bothered me,” she told the tabloid, adding that it was John who introduced her to Doug.

“That’s how I met Doug. We both worked for John at the same time. Doug is a wonderful guy and we are still good friends. He told me that John was gay and they had a sexual relationship,” she said. Read More: Report: John Travolta And Kelly Preston To Divorce

The Enquirer also cites a quote by Robert Britz, Doug’s post-Travolta boyfriend, as confirmation of John and Doug’s homosexual relationship:

“Doug told me right at the beginning of our relationship that he’d had a homosexual relationship with John Travolta in the 1980s. Doug said John was constantly grabbing at his genital area, but he put up with John’s sexual advances because working for him was ‘lucrative.’”

Reportedly, John and Doug’s relationship ended after Doug got fed up with John’s “hairy body,” fluctuating weight and B.O..

To cover up the affair, John’s team set him up in a fauxmance with Brooke Shields in order to improve his image.
“Close friends of John knew perfectly well there was no romance with Brooke. But the rumors certainly helped to improve John’s image.”

To read more about John’s secret gay life – pick up the current issue of The National Enquirer for all the details!