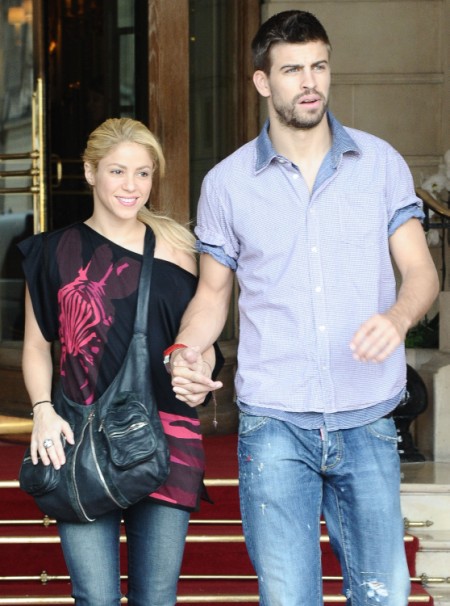 Shakira and Gerard Pique are pregnant with their first child! According to E! News, the sultry songstress and her Spanish soccer player beau announced their happy new today on Shakira’s facebook page.

“As some of you may know, Gerard and I are very happy awaiting the arrival of our first baby! We have decided to give priority to this unique moment in our lives and postpone all the promotional activities planned over the next few days,” Shakira wrote. “This means I will not be able to be a part of the iHeartRadio Music Festival, but I’m sure this weekend in Las Vegas will be spectacular!”

Bummer for her fans but I’m sure they’ll understand! One thing Shakira is not canceling is her decision to take over judging duties on The Voice when Christian Aguilera quits after the third season. Not a bad gig for someone who shouldn’t be on her feet all that much.

I wonder how far along she is. Will she be pregnant on the show? For her sake I hope the baby is born before she starts. Dealing with hormones and Adam Levine doesn’t sound like a good time.

But is this why the sex tape was so sensational? Rumors were running that former employees filmed a sex tape of Shakira and Gerard without them knowing because they felt they were unfairly fired after they refused to cook her a late-night meal. Now won’t they feel like double the assh-oles if it turns out Shakira was pregnant at the time and had late night cravings!