Robert Pattinson Vows To Save Kristen Stewart – Selfless or Self-Serving? 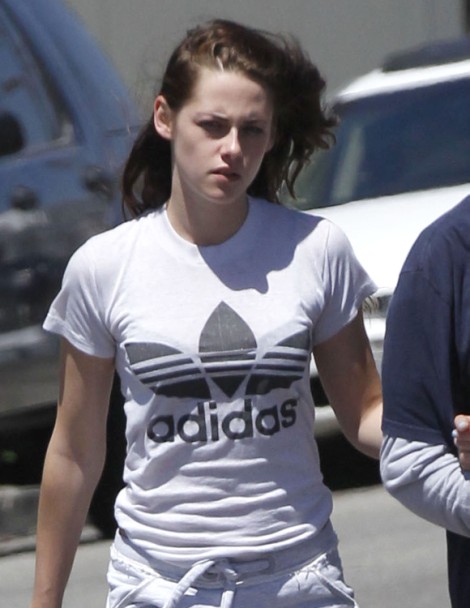 Robert Pattinson is driving my crazy! He keeps making well-educated, professional decisions, ultimately putting other people’s feelings before his own. Someone tell the kid he’s a Hollywood actor PLEASE! In addition to breaking hearts and confirming to the world he’s single and ready to mingle, he’s told Twilight studio bosses that he will walk the red carpet with Kristen Stewart to save her from the vitriolic hate she’s sure to get come November. See what I’m talking about? He’s a gent, a true man among men!

A source told the UK’s Mirror: “He’s told movie bosses he’ll walk the red carpet to save her from embarrassment and any female fans booing her. He is being professional and taking the higher moral ground.”

I’ve watched the Hunger Games twice in the last three days since it just came out on DVD and I’m now rereading Catching Fire because I’m in full on geek mode so I’m reminded of Haymitch’s quote to Katniss: “You could live a hundred lifetimes and not deserve him, you know.” Hurry up and make that damn movie!

Anyway, are you surprised by Rob’s selflessness? You can look at it that way or you can be a cynical biotch too. Which do you think I am? It’s in Rob’s best interest to walk with Kristen. Red carpet opportunities are massive PR events and Rob will come out the winner. If he puts his grief aside then he looks like the bigger person and endears himself even more to the public. If he chooses to stay away from Kristen, he would just look like a massive cry baby and then people will be reminded of the fact that Kristen screwed a nasty dude right under his nose. He should want the scandal to die away just as quickly as Kristen does.

Huffington Post had an interesting headline yesterday. It asked if Robert Pattinson is the new Jennifer Aniston. I thought it was a brilliant question. Brad Pitt ditched Jen seven years ago and she still can’t lose the image of bitter, scorned woman. I think it’s actually hurt her career. Rob doesn’t want the same thing to happen to him. He can’t always be known as the cuckold. He has to remind people he’s hot and young and an English bad boy, wild child and he’s not hiding away at home pining for his lost love. Women, for the most part, can’t get down with a whiny dude. Not everyone can pull a Lloyd Dobler and come out on top.

So he forgives and forgets.  I thought he’d take her back but that’s obviously not happening anytime soon. But they’ll walk the red carpet. Rob will save Kristen from the jeers and he’ll save his future career from Jennifer Aniston-style romantic comedy flops. It’s a win/win for both but Robert still comes out looking better. It’s a brilliant strategy. See Kristen Stewart? This is what happens when you hire competent PR people!

Do you think Rob’s red carpet decision is completely for Kristen’s benefit or does it have less to do with morals and more to do with image control?