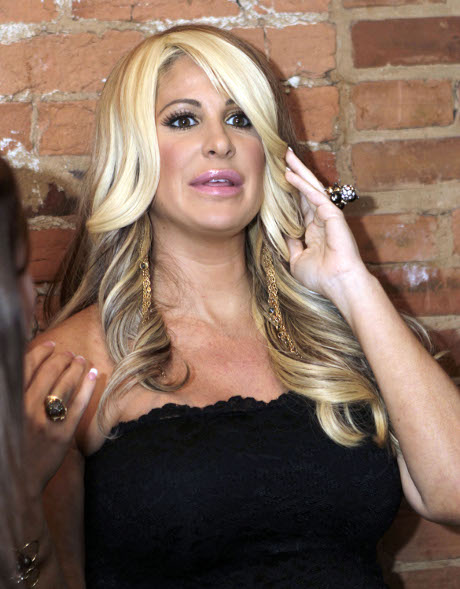 If you’re a long time fan of The Real Housewives of Atlanta then you’re probably familiar with Big Poppa. In the early days of the show, Kim Zolciak was hooked up with sugar daddy, Lee Najjar, otherwise known as Big Poppa. Before she started hooking up with him, Kim was a single mom juggling jobs. Lee introduced her to a life of luxury and insisted that she didn’t need to work because he would take care of her and her girls.

Perhaps one of the best fights of the whole series began with Big Poppa. During a reunion show NeNe Leakes flipped out on Kim and dropped a bit of info about her sugar daddy — the fact that he was married had never been mentioned until NeNe directed Kim to “close your legs to married men.” She said it about ten times and to this day Bravo likes to flashback to that scene.

We know that Kim moved on and got married, but very little information has been divulged about Lee, so when there is a nugget, the press runs with it. This morning TMZ reported that Lee was arrested on Nov. 6th by the Fulton County sheriffs department. No word on what he was picked up for but his real estate business dealings have always been kept pretty hush hush.

Back in 2009 Lee did a segment for MTV Cribs, featuring his Atlanta pad and to me that proves that this guy is a show off. He doesn’t hide out of a need for privacy; he does it for another reason. Business might be booming but that doesn’t mean that it’s legal or honest.