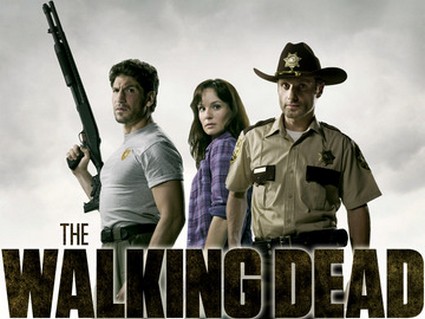 Tensions are developing between Rick and Shane on The Walking Dead. The biggest difference between the two is that Rick practices a philosophy that drives him to keep the group safe at all costs while Shane’s philosophy is to cut his losses.

Last week, Shane told Rick that he didn’t have what it takes to keep Lori and Carl safe which caused Rick to take a swing at Shane. The two started to fight and Shane took a heavy pipe wrench to Rick’s head. Thankfully Rick was fine, but the fight caused more damage to their already fragile relationship. When Shane was later stuck in a school bus fighting against a horde of Walkers, it almost appeared as if Rick was going to leave him behind. Lucky for Shane, Rick is not that kind of guy, he rescued Shane. The man who advocated cutting loses is rescued by someone who refused to leave him behind.

Now, in a shocking turn of events, AMC has let it slip on their website that Shane is leaving the show. You can check it out on their DVD page, the season 2 Blu-ray disc set includes Shane’s last episode.

How do you think AMC will get rid of Shane? Will Rick’s jealousy over Shane’s former relationship with Lori finally explode? Or, perhaps Otis the Zombie will come back to get Shane, wouldn’t that be poetic justice. Or, maybe Hershel will lose it and get rid of Shane himself since he killed Hershel’s wife, the Zombie. Wow, I could just keep thinking of the possibilities, there are so many.

What do you think about Shane’s leaving? Sound off your comments below.

The Walking Dead has only three episodes left in season two, make sure you come back this Sunday at 9pm for our full official recap.