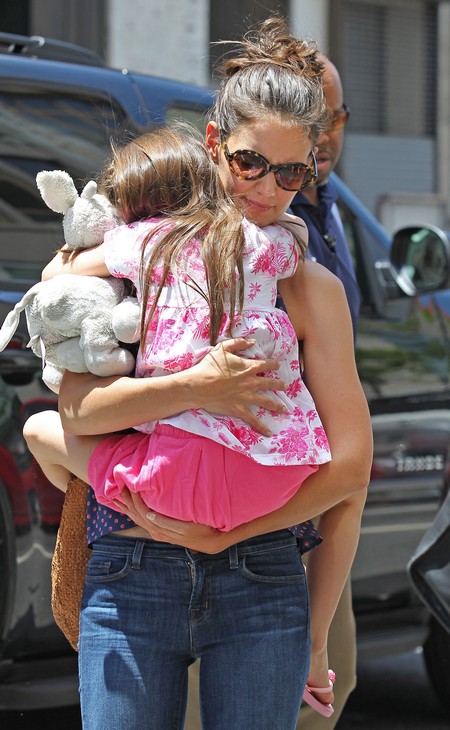 Katie Holmes has certainly moved on fast, both from her marriage to Tom Cruise and from her now ex-husband’s religion.

According to HollywoodLife.com, Katie has signed up to be a parishioner at a local Catholic Church in New York, making her a persona non grata to the Church of Scientology, and reportedly the practices of the church require Tom to completely cut her out of his life and ignore her.

Supposedly, the church “closely monitors the communication of high profile members and orders members to sever ties with suppressive people, particularly those who are critical of the church.” And while Katie has not made any public statements, her signing up for another church days after her divorce was finalized certainly speaks volumes.

Tom and Katie don’t necessarily need to be BFFs, but not communicating at all will certainly be bad for their six-year-old daughter, Suri Cruise. Related: Did Tom Cruise Undermine Katie Holmes’ Career?

“It might warp her perception as to what relationships are about. In her own, she may feel that once she breaks up with someone that she has to completely shut down [with] that person. And that would be a shame…” said expert Jeff Gardere.

Poor Suri! If Tom Cruise’s divorce from ex Nicole Kidman is any indication, she might be forced to choose sides between her parents.