Adele Receives MBE Award for her Services to Music, Presented by Prince Charles! 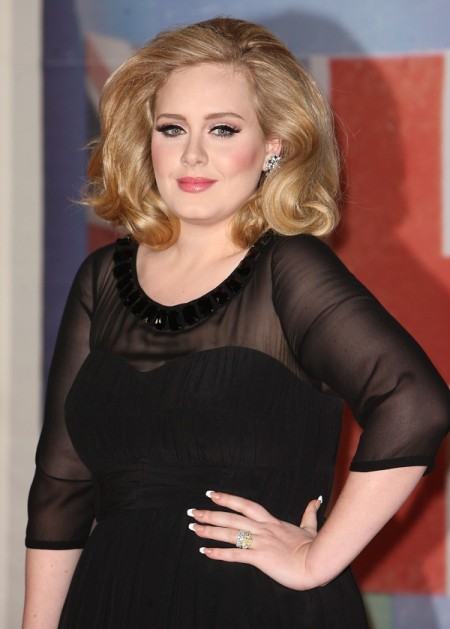 The awards and honors just keep rolling in for Adele Adkins. The singer came out of hiding for a little while to receive a British medal at Buckingham Palace. Prince Charles presented the Most Excellent Order of the British Empire to Adele for her services to music.

Adele has taken a break from music and stayed out of the public eye for most of 2013 in order to focus on her new son, Angelo. She did not speak to any press afterwards, but she was absolutely glowing and all smiles. She wore a blue, patterned Stella McCartney dress and even her nails were fit for the royal occasion (see her at the royal event CLICK HERE!). They were bejeweled with little crowns.

The last time we saw Adele was earlier this year when she picked up Golden Globe and Oscar awards for the James Bond theme song, “Skyfall.” 2013 continues to be a grand year for her. Amazon just named 21 their best selling album of all time.

Even though she’s been MIA for a while, the MBE may bring her back to the stage. Rumor has it that her third studio album is expected to drop sometime next year. Congrats to Adele, and we can’t wait for the new music.

Image credit to FameFlynet (pic from 2012)