Bruce Jenner Takes Custody of Kendall and Kylie After Drunk 21+ Clubbing With Scott Disick: Nice Night Out With His Daughters At the Troubadour (VIDEO) 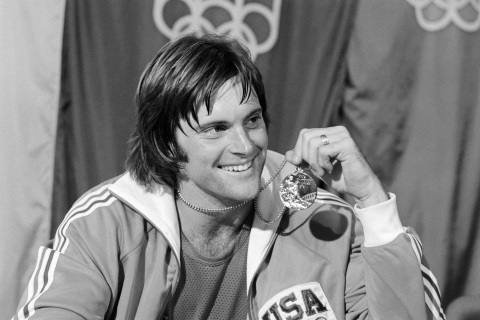 As time rolls on I’ve noticed that Kylie and Kendall Jenner seem to be leading two lifestyles at once, depending on which parent is involved. Last night the girls ventured out to the Trouabdour to watch their step-brother, Brandon Jenner perform with their father, Bruce Jenner leading the way. It was yet another moment of public solidarity for the Jenner clan and on this particular night the girls easily gained access to the usually 21-and over club because it was an all-ages show.

Bruce is clearly the real parent here and ironically it seems that both Kendall and Kylie prefer to hang with him. When he is in charge the girls are behaving themselves and forced to be the underage teens that their birth certificates declare them to be. Now was their chance to run with Kris Jenner instead, knowing full well that she has no rules but instead they are opting to be part of a real family environment with Bruce- rules and all!

Bruce has clearly made family the most important thing in his life this past year and in doing so he has all of his kids tightly bonding together. Do you think that Kris will ever catch up and realize that pimping out her kids has ultimately pushed them away? Tell us your thoughts in the comments below!