Demi Moore Gets Hot and Heavy with New Boyfriend Harry Morton During a Sexy Night Out! 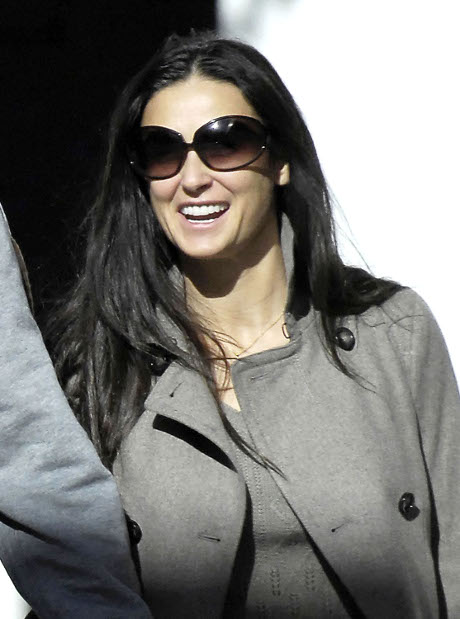 Demi Moore has shoved that Ashton Kutcher character out of her heart for goodsies and found a new man to snuggled up to at night. Recently, Demi was seen getting hot and heavy with her new boyfriend Harry Morton. While the details surrounding the length of the relationship are still a bit fuzzy, sources say that Demi Moore and Harry Morton, who is a fancy restaurateur, have been dating for a couple of months now. Wow, way to do sneaky romantic things on the down low, Demi. Smooth.

Apparently, the two were set up with each other through some mutual friends and just hit it off. In other words, things are looking quite good for Demi.

“They have been trying to keep it a secret,” an insider for E! Online says. “It’s not a serious thing…but it may develop into something. They have a lot of fun together and have been meeting in secret places in New York and Los Angeles.”

It appears as if they’ve had enough of trying to keep it secret, as the couple was spotted out on recently on a not so secret date. The couple went to dinner in Beverly Hills and weren’t shy about showing their flirty ways with the world.

Harry showed up at the restaurant a bit early to scout for paps, and as it turns out, there were a few camped out trying to snap up an A-lister.

“It’s no surprise that she would be attracted to him, as he’s a catch,” the source adds. His father started the Hard Rock Cafe chain, and Harry himself isn’t exactly an unaccomplished restaurant guy himself, having founded the Viper Room and Pink Taco restaurants. “They are just getting to know one another. Moore is “in a really good place at the moment and is hopeful about the future.”

What do you think about Demi Moore’s new boyfriend? Seems like things are really heating up for them.