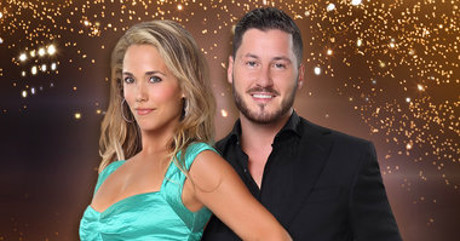 The cast for Season 17 of Dancing with the Stars was announced recently, and the profile of the stars involved is higher than ever. One of the stars is Elizabeth Berkley Lauren, who has appeared in several television shows, theater productions, and films.

Elizabeth shot to fame in Saved By The Bell, which was one of the hottest sitcoms of the 90s. She also had a starring role as Julia Winston on CSI: Miami and in Showtime’s The L Word.

According to her official bio, “Her television success led to film roles in First Wives Club, Roger Dodger, Oliver Stone’s Any Given Sunday, Woody Allen’s Curse of the Jade Scorpion, and the cult hit Showgirls. On the London stage she appeared in “Lenny” opposite Eddie Izzard. On Broadway she starred with Richard Dreyfuss in the comedy “Sly Fox” and earned rave reviews for “Hurlyburly” with Ethan Hawke.”

Elizabeth has also been featured on Oprah.com due to her tireless efforts to bring voice to teenage girls, and the amount of non-profit organizations she’s involved in. She also authored a bestselling novel titled Ask Elizabeth, which is a self-help book targeted at teenagers.

Will you guys be rooting for Valentin and Elizabeth, or do you have another favorite? Let us know in the comments. For more DWTS news, including more contestant bios, CLICK HERE.