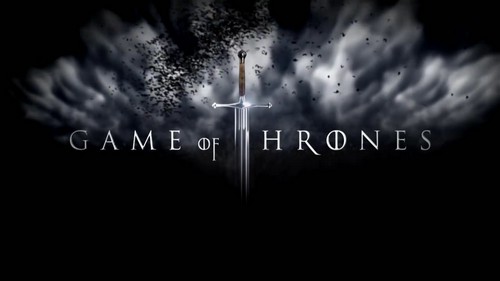 Tonight’s GAME OF THRONES continued and the episode was fantastic, as usual.  Can you believe we are already starting the second part of the season?  Next week’s episode is called, “The Bear and the Maiden Fair” and we have managed to get our hands on some juicy spoilers and a sneak peek video of next week’s episode.

On tonight’s show  the Wildlings reached the wall, Jon Snow was within spitting distance of Castle Black. His role of double agent within the clan was becoming more complicated – it’s only a matter of time before he comes face to face with one of his friends. Jon and the Wildling also started to climb the wall and the climb was treacherous.  Meanwhile Tywin Lannister got the better of Lady Olenna,  Loras will be marrying Cersei and not Sansa.  Robb Stark decided to give the Frey family what they want so they can support him.  Robb realized without the Freys, he cannot win the war.  Theon Greyjoy was still tied to the crucifix and was still being torched by his captor.  Did you watch tonight’s episode?  We did and we recapped it here for you.

Spoiler alert: If you’re one of those people who doesn’t like spoilers, stop reading now! We have some juicy spoilers for you about the season 3 episode 7 HBO’s “Game Of Thrones.”

HBO’s Official Synopsis:  Dany exchanges gifts with a slave lord outside of Yunkai. As Sansa frets about her prospects, Shae chafes at Tyrion’s new situation. Tywin counsels the king, and Melisandre reveals a secret to Gendry. Brienne faces a formidable foe in Harrenhal.

On next week’s episode the title of the episode is a popular song in Westeros.  It is about a bear seducing a maiden.  The men who captured Jamie Lannister were singing it as they took him and Brienne to Harrenhal.

On tonight’s show Warg cut Jon and Ygritte loose on the wall.  On this week’s episode Jon confronts Warg Orell and he tells him, “Wildlings kill each other when it is necessary and Yrgritte knows that.”

They are sending Jamie Lannister back to his father Tywin at Kings Landing.  However, they are not sending Brienne with him and one of the Brotherhood tells Jamie not to worry about Brienne, they are going to take good care of her.

Beric Dondarrion tells Arya that the Red God is the one true God and asks who hers is?  Arya replies, “Death!”  Meanwhile Melisande still has Gendry and he tells her he is only the son of a Bastard.  Melisande tells him a secret.

On this week’s show we did not get to see Daenerys but next week she is back.  She marches her unsullied warriors on Yunkai.  In Yunkai there are 5,000 slaves she can add to her army.  From the preview it looks like Daenerys dragons have grown and we will see them next week.

The Game Of Thrones Season 3, Episode 7 “The Bear and the Maiden Fair” airs on HBO on May 12th, 2013. Check out the preview videos from episode 4 below and let us know in the comments below what you think!