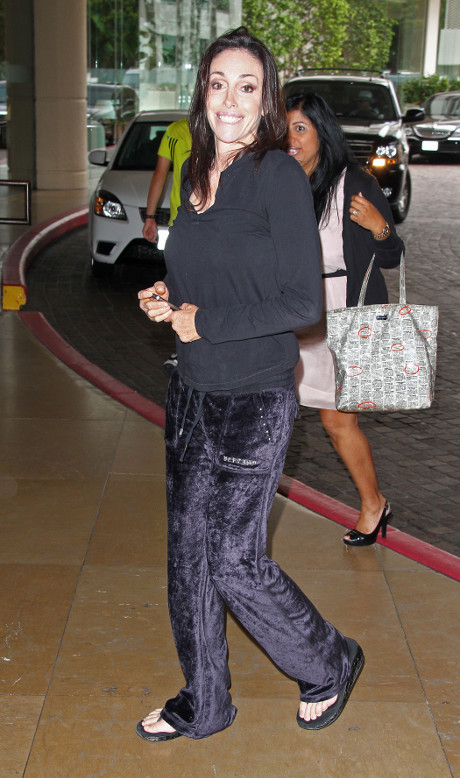 Heidi Fleiss, formerly known as the “Hollywood Madame,” was found in possession of 392 pot plants when cops pulled up to Heidi’s estate searching for another woman. While they didn’t find that woman, they stumbled upon an entirely different surprise: an illegal marijuana farming operation! Officials eventually contacted Heidi, who admitted to her extracurricular endeavors and said she was growing the plants for a “cooperative in Vegas.” But she doesn’t have a license to grow the plants — a fairly large problem.

Cops found approximately 400 plants, all of which were collected as official evidence. TMZ reports: Fleiss was charged with several crimes — including possession of marijuana with intent to sell, possession of drug paraphernalia and maintaining a home where drugs are sold/used.

However, cops say Fleiss was NOT arrested … “due to the fact that she has approx $200,000 worth of exotic birds in the residence, plus she gave us consent to search without a warrant and was very cooperative thru out the investigation.”

What do you think about this story? Do you think Heidi should be facing more severe charges? Should cops have ordered a babysitter for her birds and locked her up in the slammer?