Justin Timberlake is Ready to Return to Music — Will His New Work Bring Sexy Back Again? 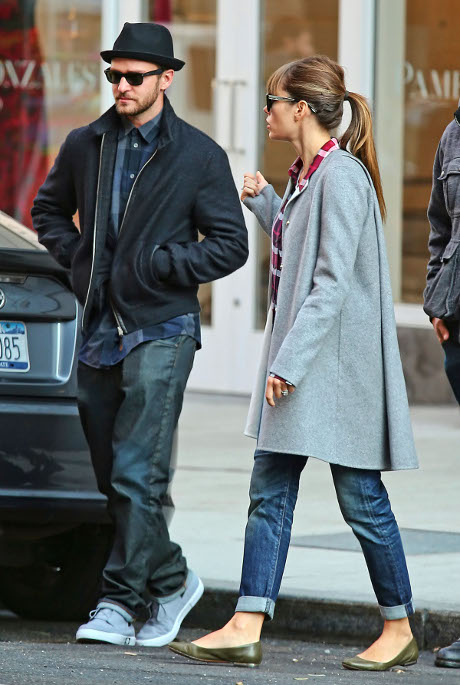 People, this is not a joke.  Our favorite boy bander, Justin Timberlake, will be gifting the world with a new album soon.  Us Weekly is reporting that JT is back in the studio and doing what he does best.  Justin tweeted this morning, “To whom it may concern…I think I’m READY!” Well, Justin, the “whom” you are referring to is me…and thousands or even millions of other fans around the world.

The last time the  former ‘N Sync member released a full album was in 2006.  His FutureSex/LoveSounds was UH-MAY-ZING!  My CD and IPod were on album repeat for months.  After the success of the last album, Justin is definitely going to have to come out strong to repeat the formula or make it better.

Now, I like Justin the actor (my favorite movie with JT being Alpha Dog), but I am OBSESSED with Justin the singer.  His slow songs are panty droppers and his fast songs are ass shakers.  Of course, that was seven years ago.  Justin has gotten older.  He is no longer a bachelor.  He is no longer out partying.  JT is a married man.  Will the ass shaking music stop because he’s no longer out in the clubs?  Will the panty droppers stop because he’s been there, done that?  I just don’t know, but I am rooting for him to surpass the popularity of his FutureSex album.

What do you think readers?  Will you be watching the countdown clock until Monday? Are you excited for Justin Timberlake’s new album–if that truly is what’s about to burst over the horizon?  Do you already know what he’s going to say?  Are you already removing songs on your iPod to make room for Justin?  Will he succeed or will this album be less than awesome? So many questions!