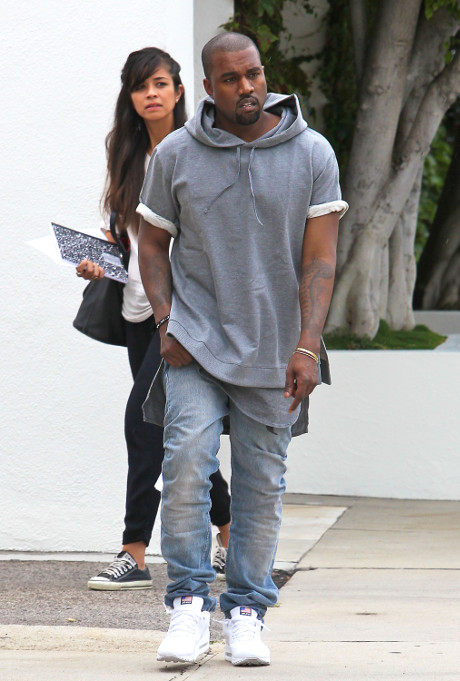 Kanye West headed to Greece without Kim Kardashian, and now some people are wondering if their relationship has taken a turn for the worst. Some people think that just because Kim Kardashian didn’t jet set all the way to Greece with her baby’s daddy that this means the couple’s future is going up in flames. We know Kanye West is reportedly being super controlling with every aspect of Kim’s life, so perhaps this is one reason why people continue to think that every little thing they do — especially without one another — is a sign they’re breaking up.

But the fact of the matter is is that Kanye’s busy and Kim has a baby to raise. While Kanye should be by her side helping raise North West, and not partying it up in Greece, at least Kim recognizes that certain environments are not an ideal place for her baby. Do you think this is the reasoning/thinking going through their heads? Or do you think this moment of long distance is a sign of something else?

MediaTakeOut (PHOTOS of West’s adventure HERE) writes, “Kim Kardashian’s ESTRANGED rapper boyfriend, Kanye West was seen out and about in Greece. First the singer was spotted taking a boat ride with friends while visiting the Greek islands. The 37 year old singer, who became a father to Kim’s baby North “Nori” West on June 15th, was NOT with Kim or his child.”

What do you think’s going down in the Kardashian world? I think it’s a little far fetched to say that these two are over and done with just because Kanye West took a trip to Greece without Kim Kardashian . . . . But, who knows? Maybe this is the beginning of something tragic. Leave your thoughts in the comments section below.