Kim Kardashian Hopeless Mother: Humiliated By Kris Jenner And Kanye West Who Tell Her To See Psychiatrist and Get Help! (Photo) 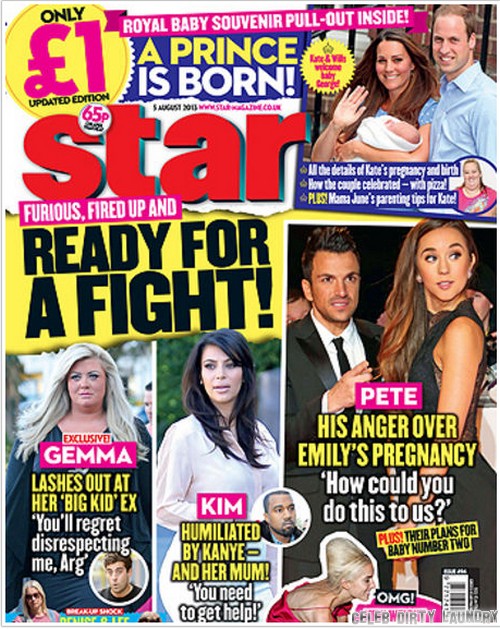 Whoever said Kris Jenner and Kanye West were supporting? According to a new report from Star UK, Kim Kardashian has been ‘humiliated’ by Kris and Kanye, who reportedly told her that she needs major help since she’s hopeless as a mother.

Kris and Kanye are reportedly interested in getting Kim a nanny or nurse since she’s just way out of her league on this one, and it’s actually funny to see Kris and Kanye agreeing on anything. Kanye also reportedly wants Kim to see a psychiatrist because she’s still recovering from the pregnancy and is having massive mood swings, despite North West’s constant presence.

Anyway, Kim recently appeared on Keek and seemed fine, so we’ll take this report with a grain of salt. I mean, Kim and Kanye probably already have like twenty nannies between them – ten for North West and ten for Kanye West.

So even though I would totally believe that Kris and Kanye are insulting Kim and telling her that she’s useless, I don’t see them telling her to get help when they probably already have all the help they need. Kim’s never going to admit that she needs to see a psychiatrist, even if she would need to see one. Wait, never mind, I just realized that would bring in great ratings for Keeping up With the Kardashians. Kris is probably pushing for this just so she can leak it to the tabloids and then leverage it into more interest.

I know it’s ridiculous, but I would believe a lot worse of Kris Jenner. What do you guys think? Let us know your thoughts in the comments.