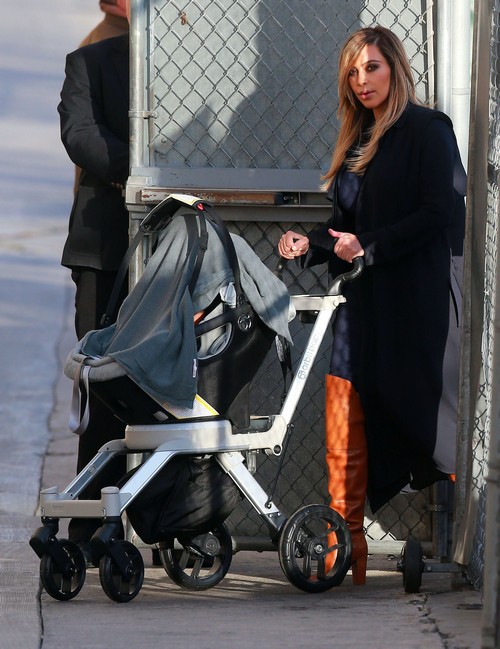 Kim Kardashian and baby North West arrived at Jimmy Kimmel Live studios to support Kanye West.  This promises to be baby Nori’s first live televised appearance!  The Kardashian brand has taken a massive nosedive with the scandals of Khloe and Lamar Odom’s battle over his crack whores and drug addiction, Kris and Bruce Jenner’s formal separation, and Kendall’s drug use with Kourtney, Khloe and Scott Disick!

The Kardashian Klan needs a boost and what better way to distract fans from all the recent dirt than to famewhore the baby, right? Kim and Kanye to the rescue! Anyway, CDL will be covering the show live for you and bringing you all the news that’s fit to publish… and then some!

Kim Kardashian and her daughter North West at ‘Jimmy Kimmel Live!’ to support their man Kanye West who makes an appearance on the show in Hollywood, California on October 9, 2013.