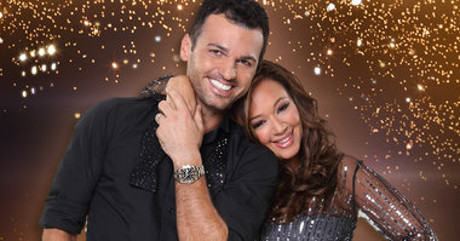 Kirstie Alley is starting to seem like Scientology’s only public defender at this point – and is she taking it overboard? When reports of Leah Remini’s remarks against Scientology on the set of Dancing with the Stars leaked, the Church of Scientology’s rep released a public statement saying that they could ‘care less’ about Leah winning the show. Obviously, a more mature organization wouldn’t have replied at all, but we are talking about an organization that worships aliens, after all.

Kirstie obviously took Leah’s comments more seriously, and she took to Twitter to rant, saying, “This is one of those days when I might just retaliate with the truth…mean people keep us fueled.” She also added, “I have learned this: It is not what one does that is wrong, but what one becomes as a consequence of it. Won’t be tweeting much in the near future. Going to strand myself on an island and turn myself into a goddess…Shut up!”

Obviously, she couldn’t keep up her mission not to tweet much in the near future, because she later tweeted, “My biggest life lesson has been to learn that evil feeds on goodness. Simple as that …”

Kirstie has never been one to keep quiet, whether in interviews or on Twitter. Her reputation in Hollywood has been damaged by her public antics, and there has been many a question surrounding her stability. She has previously waged Twitter attacks on anybody who appears to be anti-Scientology, and she called Leah’s sister a ‘b****’ a couple of months ago for her comments against Scientology.

But with all that said, how could Kirstie possibly retaliate against Leah? Leah’s got the protection of an entire industry, whereas Kirstie’s and Scientology’s excuses are growing thinner and thinner. If anything, whatever Kirstie says might actually work in Leah’s favor, depending on how crazy it sounds.