Kris Jenner Lusting After Ben Flajnik: Admits She Is In Love with Former Bachelor Star 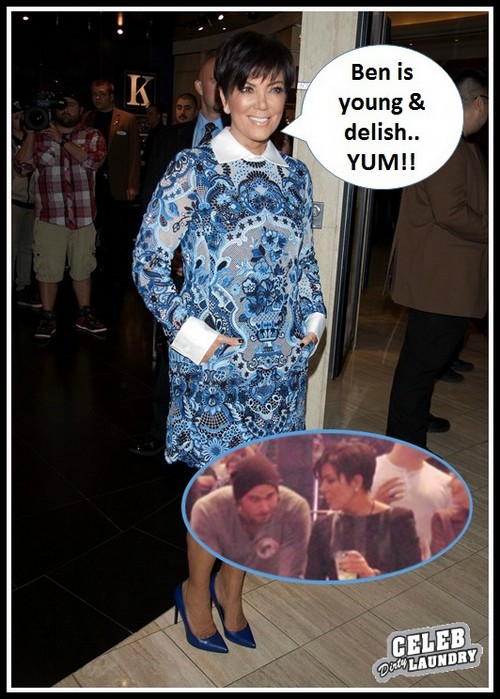 Kris Jenner and Bruce Jenner have announced their divorce after 22 years of marriage, although they’re trying to pretend as though they’re still friends for the sake of their show and their fortunes.

There are rumors that Kris is already on the prowl for a new boyfriend, and has been for the past few months. These sources claim that Kris is looking for a boy toy, someone who is young and hot, but won’t necessarily be looking for anything serious. Basically, she wants to date a Bachelor.

Obviously, Kris would never reveal this in interviews, since she’s still under the delusion that she has a good reputation with her audience [I guess she doesn’t realize that most people tune in to Keeping Up With the Kardashians for laughs]. She recently spoke to Entertainment Tonight about dating, explaining, “I guess I’ll know when it happens… I’ve learned not to plan anything anymore.” Of course, she’s also setting us up for the probably eventuality that she’ll end up with a younger man, explaining, “You find who you fall in love with in life. If they happen to be a certain age, they happen to be a certain age.”

Well, that’s an evasive way to reveal that you’re a cougar, Kris, but to each their own. She’s already been linked to one Bachelor, Ben Flajnik, but the poor guy was so embarrassed that he denied the rumor immediately. So whoever Kris does end up with has to be such a famewhore that they won’t mind being linked to her for the additional publicity.

What do you guys think about Kris’ comments? And who do you think she’ll eventually end up dating? Let us know your thoughts in the comments.