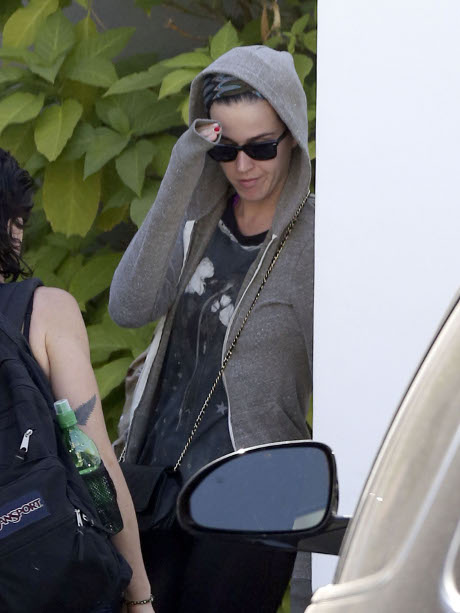 The tabloids are having a field day with the Robsten breakup coverage. Right now, it’s pretty hilarious to see all the different tabloids battle out for superior coverage on the Robert Pattinson/Kristen Stewart breakup, which is made all the juicier by the inclusion of Katy Perry and what is shaping up to be one heck of a love triangle.

The latest report, from O.K. Magazine, alleges that Kristen drove Robert away with her ‘demands’. A source close to the couple blames Kristen for the split, explaining, “Kristen wanted to go straight back to where they’d been before they first split up and pushed Rob really hard on it. She wanted the whole package: the house, the wedding and even the baby. It was all way too much for Rob to handle.”

According to the insider, “Rob asked for space and it sent her over the edge. She told him if he wanted a break, it would be permanent.”

Ok, so I don’t buy this whole story, but certain elements of it certainly ring true. Most of the reports seem agreed on the fact that Rob still hadn’t gotten over the cheating scandal, so I buy that he wanted to take things slow. Kristen, on the other hand, probably wanted things to go back to the way they were – a.k.a. Rob being her bitch. I mean, let’s face it – the guy was head over heels in love with her, and I always got the feeling that she took advantage of that. Except – after she cheated on him, that part of the relationship was gone. I have no doubt that he still liked/loved/had feelings for her, but their relationship was never going to get back to normal, and Kristen couldn’t accept that.

Now, I don’t think she asked for marriage or children, because that just seems way out of character for her. But she probably didn’t like the fact that she was not the one in power anymore, and she got needy and clingy and whiny, and Rob got sick of it and dumped her ass.

Of course, the addition of the Katy Perry element to the story just makes this all so much more interesting. These stories all make it seem like Katy’s been waiting years to finally make a move on Rob, and I don’t doubt that many of Kristen’s friends feel the same way. Will Rob and Katy actually start going out? Well, time will tell, but you can bet that Kristen isn’t very happy about it.

What do you guys think? What is the real reason that Rob and Kristen broke up? And who do you think is coming off better in all these tabloid reports – Kristen or Rob? Let us know in the comments.