Kristen Stewart and Michael Pitt – Are They Dating Or Just Hooking Up? 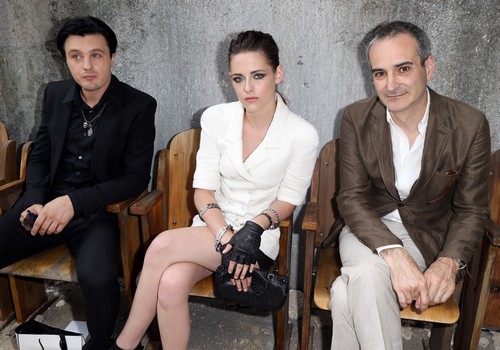 In a desperate attempt to rekindle the enchantment exuded by her Bella character, Twilight’s very own Kristen Stewart finally has a man. Ruining her good girl image with a heinous see thru black dress at Paris Fashion Week, she failed to regain #TeamEdward’s forgiveness for cheating on Robert Pattinson. Rumors spread quicker than a Kardashian that Robert replaced his ‘Trampire’ co-star with fellow Dior model, blonde bombshell, Riley Keogh.

The only way to react to Pattison’s new show-mance with his super cute and down to earth Riley, ‘Plan B’ Keough, was to get a quick hook-up. It all started when she was seated next to Michael Pitt at the Chanel Show. According to The Sun, at first, Michael was just helping Kristen through the split but then the attraction was just too great to ignore.

“Kristen’s not over Rob but she’s getting there and Michael’s helping her through it. She vowed to throw herself into work and be single this summer. But when she met Michael last week, they hit it off. They both hate the spotlight and are smart bookworm types,” a source said.

Funny how this relationship just happened to transpire on the tail of Robert’s new found love. Is Pattinson ready to try loving again? Do you smell Rebound in the air? Unless this flea bag is Brad Pitt’s cousin, are you wondering why Michael Pitt gets to run his fingers through Kristen’s greasy hair now? More important, will she cheat on him after the music stops?