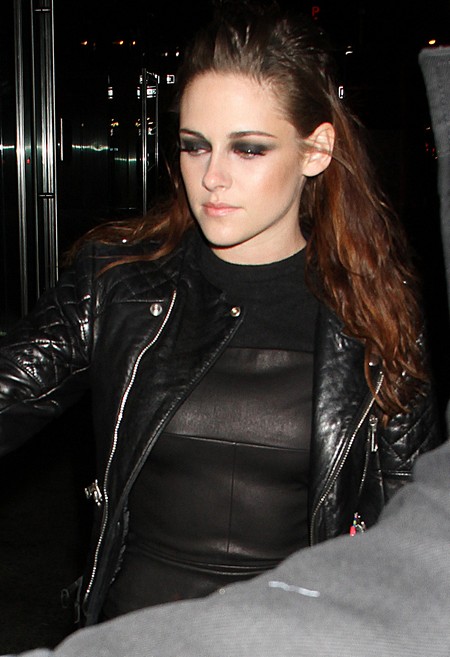 We knew something was going on when Robert Pattinson was caught in London on Christmas Eve, in a ratty baseball cap drinking alone. But he and Kristen Stewart reunited for New Years, ringing in 2013 on the Island of Wight, which is located between England and France. The couple that kisses at midnight lasts the whole year, or so they say. But a new source claims the holidays were actually quite rocky for the vampire couple, and that Rob’s solo bar hopping was the result of an explosive fight just days before.

The insider reported to In Touch Magazine, print edition January 14, 2013, that “Kirsten announced that she wanted to take her mom to the U.K. Rob was annoyed because this trip was supposed to be about her spending more time with his family.” Of course, we can’t blame Kristen for wanting to ditch the Pattinson party—Rob joked that his family holidays always end with huge fights. Who wants to walk into a situation knowing it’ll end that way? Bringing mom along would have created a nice buffer and ally for Kristen, and may be the smartest idea she’s had all year!

So, at the last minute, Rob found himself alone for the holiday, and decided to knock a few back to ease the ache of loneliness. He and Kristen reconciled soon after though, because she hopped on a plane in time for the New Years bash. If the two did fight before Christmas, I imagine that Kristen’s unexpected invite for her mom was just a trigger, and that there was more to the fight. Sure, unwanted holiday party crashers are cause for a strained conversation, but after the cold shoulder Rob gave Kristen after her affair, we expect a bit more to have happened! What do you think the fight was about? Break up worthy?