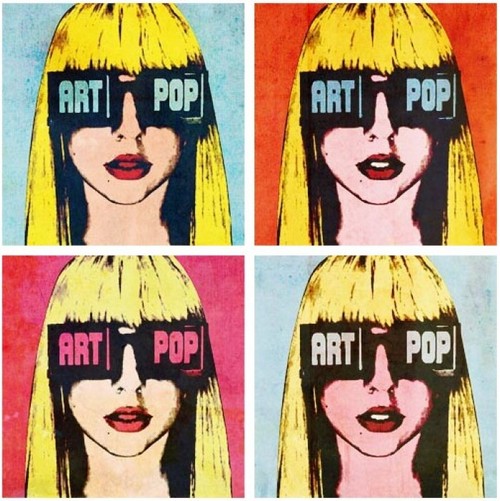 Lady Gaga has revealed a snippet of the new single ARTPOP from her third studio album. ARTPOP serves as the title track for her album, which means it’s sure to be a monster success, if history’s anything to go by.

Gaga premiered the single during the iTunes festival in London back in September, but fans had not yet heard the finished version of the track. Hearing the song, it’s got the same catchy, electronic vibe to her entire album, but it’s hard to tell what she’s singing about with only part of the lyrics.

Gaga’s ARTPOP album will be released across the world on November 11th, and will feature the hit single Applause. Gaga will also premiere the second single Venus on October 27th and perform it live the same day at The X Factor.

Well, I don’t know about Gaga and Katy Perry‘s rumored feud over whose single will top the charts, but Gaga’s definitely working the promotional angle for all its worth. Her schedule seems to be jam packed with promotional appearances, performances, and interviews. She’s going across the world non-stop to promote ARTPOP, but then again, Katy seems to be doing the same thing with her album.

And when it comes right down to it, ROAR has become a bigger cultural phenomenon in the short time that both singles have been released. Well, Gaga does still have several songs left to unveil, so I guess you never know.

What do you guys think about the new snippet from the ARTPOP single? Are you excited to hear the full thing? Let us know your thoughts in the comments.