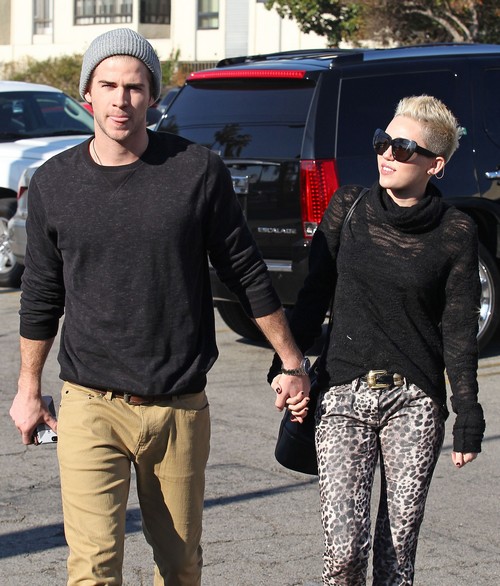 Miley Cyrus is ringing in the New Year with her lesbian and bisexual bell. What a year it’s been for Miley Cyrus! She became engaged to her boyfriend Liam Hemsworth and is almost done recording a new album. Miley continued to run around braless, adding to her tattoo collection and performing in skimpy outfits. She threw her fans a curve ball and shocked everyone when she changed up her hair style in an extreme way. Miley dyed her hair ice blond and cut her hair short into a high fashion style, later cutting it again into more of a punk rock style. But Miley’s hair was not the only controversial thing she did this year.

While performing in Europe Miley told Bang Showbiz “I just feel like when I go to Europe, I feel very free with my fan base”. She says she loves London because she has never seen so many gay people. Miley also told Bang Showbiz “Can I even say I believe in gay marriage? Can I say that my favorite fans are my gay fans?’ Am I allowed to say that, because half of America is still against it?” Miley is a born again Christian (sometimes) and she upset that part of her fan base with a pro-equality tattoo on her finger. This statement will not help her win back those fans and I’m sure she could care less. But is there more to Miley’s outspokenness for marriage equality in the United States than just standing up for her gay fans?

Miley has hinted that she may be gay or bisexual for the past couple of years. In 2011 Miley tweeted racy pictures of herself engaged in girl-on-girl action with her Hannah Montana co-star Emily Osment. In June she kissed a back up dancer during her performance on Britain’s Got Talent but later said she stopped short of giving her a kiss. At her birthday bash this year Miley hugged a stripper and grabbed her back side.

Could this be Miley just being silly with her girlfriends? Perhaps she was under the influence of salvia and it made her act amorous with everyone around her. Miley could also be experimenting with her sexuality for the sake of her art. Usually actions speak louder than words but in the case of Miley I will wait for confirmation from the horse’s mouth. I’ve seen fashion spreads where women are posing together nude and embracing. Chelsea Handler has her heterosexual male staff regularly kiss each other and dress in drag for skits on her shows Chelsea Lately and After Lately. These scenarios don’t prove the people involved are gay. It’s all part of being in show business.

Editor’s Note: Miley Cyrus will do anything for attention – from crotch shots to cutting, it’s all fair game for this former child star who is desperately seeking an adult identity which brings her the fame and prestige she once enjoyed – good luck Miley, it’s never happening. 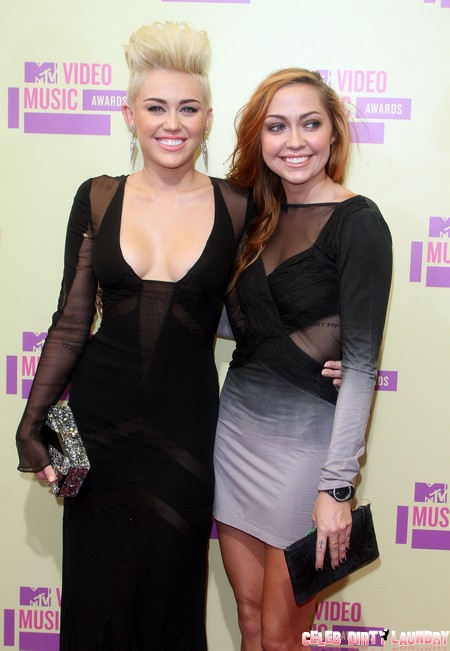