Nicole Scherzinger “Definitely” Wants To Reunite With The Pussycat Dolls: “I Miss Them” 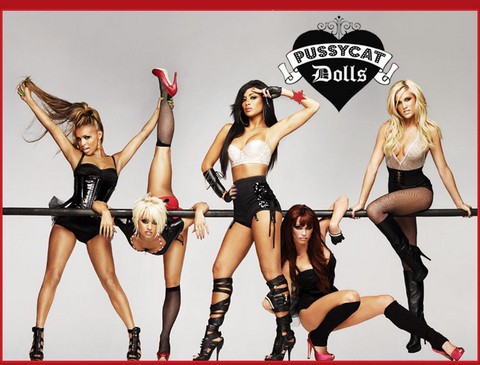 Nicole Scherzinger is pretty crazy for the interview she gave about a possible reunion with her enemies former bandmates, together known as the Pussycat Dolls. The X Factor UK judge has said she hasn’t ruled out plans to reunite with the girls because she really misses working with them and touring the world. What she meant to say was, she really misses them because they are the only way she can sell records worldwide.

Ashley Roberts, Kimberly Wyatt, Melody Thornton and Jessica Sutton all decided to leave the group two years ago as it was clear that the record label was more interested in marketing Scherzinger than the entire band. When the PCD recorded ‘Jai Ho’ along with musician A.R Rahman, the label and Nicole agreed to have the features named as ‘A.R Rahman and Nicole Scherzinger ft. Pussycat Dolls’. Clearly, Scherzinger had no plans on sharing the spotlight with anyone but herself, so why should these girls ever reunite with someone who claims she sang 95% of the songs?

After a failed attempt at becoming a permanent judge on X Factor, Scherzinger begged to join the UK’s version which is definitely a downgrade seeing that the audience didn’t connect with her constant weeping. Nicole has released two studio albums, Her Name Is Nicole and Killer Love,- the first was selling so bad, it was taken off shelves after its first week on sale while the second never received a US-release date. So, what better way to boost your career than to reunite with the people that helped you sell 10 million records worldwide as a girl group?

During an interview with KISS FM, she explained: “I love the girls, I miss them, I wish them the best. I don’t see why it wouldn’t be possible sometime in the future. But right now I’m really excited for all the hard work I put into my music to get that out. “It’s all about the music, and getting that out there. I can’t wait to tour again.”

Former band-member, Carmit Bahar, says she and the other girls are likely to never want to work with Scherzinger again, before blaming Nicole as the reason they split in the first place. Carmit revealed that after Nicole failed as a solo artist, she and the record label quickly changed plans for her to get back with the group and release all the songs she wanted to release on their second album Doll Domination.

She says: “I heard she did a ton of demos which weren’t cheap. In a scramble they tried to get the Dolls to do a second album. They weren’t really hot album songs, it didn’t sound like us. I think that’s when the other girls decided they had reached the end of the road,” before revealing the not-so-shocking truth: “A Pussycat Dolls reunion isn’t out of the question. Five of us – and not Nicole – could happen. But all six? Never. Too much water under the bridge.”