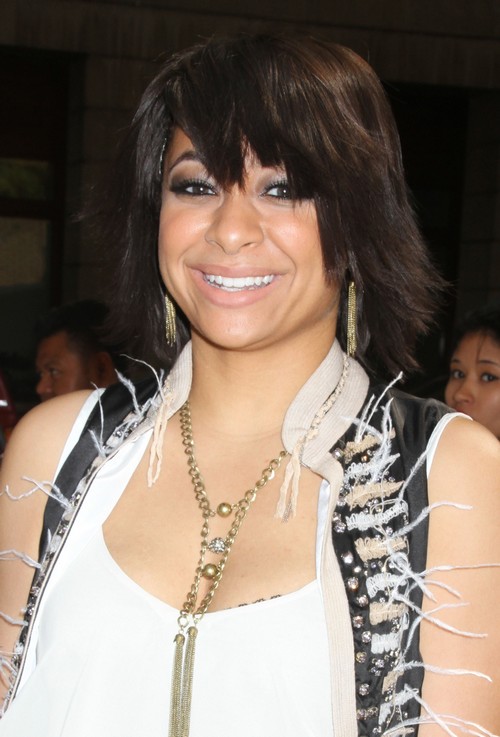 Completely out of the blue [from what it seems like], Raven-Symone has come out as a lesbian via Twitter.

She has previously discussed her sexual orientation last year after rumors of her living with another woman, but all she would say was, “I’m living my PERSONAL life the way I’m happiest. I’m not one, in my 25 year career to disclose who I’m dating. And I shall not start now. My sexual orientation is mine, and the person I’m datings to know,” she added. “I’m not one for a public display of my life, however that is my right as a HUMAN BEing whether straight or gay. To tell or not to tell. As long as I’m not harming anyone.”

However, she seems to have changed her mind because she tweeted last night, “I can finally get married! Yay government! So proud of you.”

Good for her. Sources have said in the past that Disney or Nickelodeon actors and actresses are forced to keep their sexual orientation private if they are homosexual, and we’ve seen the way these young stars are micromanaged. As part of the Disney family with That’s So Raven, I have no doubt that Raven faced the same sort of pressure during her Disney days. It’s great that she’s finally managed to separate herself from the brand and live the life she wants to lead, without secrets or rumors.

It is interesting that she’s changed her tune so drastically in the space of a year, but many celebrities have changed their mind depending on personal circumstances. With more and more celebrities coming out, it doesn’t even seem like a big deal anymore. Obviously, there’s still a bias in Hollywood against leading men and women who are gay, but that’s slowly changing with the likes of Zachary Quinto and Neil Patrick Harris slowly breaking down barriers.