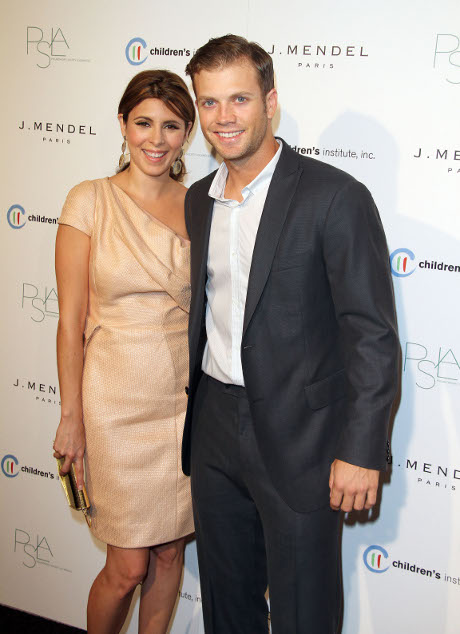 Guys with Kids star Jamie-Lynn Sigler is going to be a mom. She and Cutter Dykstra, 23, were apparently surprised when they discovered they’d be having a baby; however, despite the initial shock, they couldn’t be happier and can’t wait to embark upon this pregnancy journey together. The couple announced their engagement on January 28th after dating for nearly a year. This will be baby number 1 for both of them. They seem quite excited.

According to Life and Style magazine, she just told the crew of Guys with Kids, and they’re very happy for her. Jamie and Cutter seem extremely happy together, and Cutter appears to be the perfect man for Jamie. She told the magazine:

“It’s hard for me to find a sound bite about Cutter. I think the one thing I could say and the only thing I will say is that I would wish for any girl in the world to find their Cutter.”

When asked if she’s ready to begin this crazy journey into parenthood, the actress definitely seems to be preparing herself for the tasks to come. After all, she has had a lot of fictional practice on the hilarious sitcom, but I imagine things are a bit different in real life.

“It’s a lot of fun, it’s definitely a new chapter — being a mom. I grew up playing a kid and I think no matter how long The Sopranos went on, I would have always been the daughter — so the only way to get a departure from that was to play a mom.”

Jamie definitely won’t be alone on this pregnancy. In addition to Cutter, who’s only 23, by her side she’ll also have her best friend, actress JoAnna Garcia Swisher, to stand by her. JoAnna recently announced she is having a baby with Nick Swisher. Babies for everybody!