Prince Harry Furious And Finally Defending Himself Over Pole Dancer Hook Up! 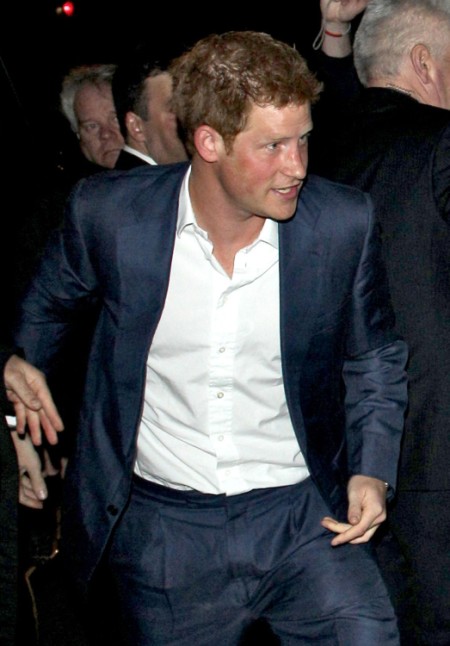 Prince Harry’s mad as hell and he isn’t going to take it anymore! A royal source reports that the scandalous prince was  furious after self-proclaimed pole dancer addict, Carrie Reichert, revealed she made out with him for twenty minutes during his rowdy and clothes-less Las Vegas party, and is denying he ever met the loose-mouthed hussy!

According to the UK Mirror, the royal source said the newest allegations are untrue and added, “Harry is furious about these claims and wants it to be known that they are false. He says this girl was not there on the night of the party. The Palace have been braced for claims like this. It’s no surprise that people will come forward and say they were in Harry’s suite, but he insists that this girl was not there that night”

The Mirror also has photos of Carrie which she probably donated to help the validity of her story. She can be seen posing provocatively all over her hotel room because there’s nothing like dry humping a table that says, “I’m ready for you Vegas!” Perhaps what gave her story the most credence is a pic she (most likely) issued that looked like Prince Harry was whispering in her ear but it’s super fuzzy and who knows for sure if it’s even her. Any enterprising famewh-re could have snapped Harry talking to a blond and then made up a good story insisting that the blond in the pic was actually her. That takes balls but crazy people have courage too. And it worked. Carrie Reichert is  getting her 15 minutes of fame and others will take her lead and try to do the same.

Oh Harry, Harry! This is what happens when you put yourself in stupid situations. Stupid people take advantage of you! But why speak up now? Why didn’t he defend himself when the cocaine or sex tape stories came out? Could it be because those stories might be true? Or could his ego be a little bruised since Carrie did say they only kissed because the alcohol “affected him”? Or was it her delightfully graphic yarn of him jamming his peen up against a glass window screaming for the world to check out his “jewels” that drew him over the edge? I like to think he didn’t want the world believing he would make out with someone that gross looking. Princes should have standards!

Maybe the royal source is girlfriend Cressida Bonas. Word on the street is she’s sticking by her man. Good for her! Indignation is not a helpful characteristic for a royal girlfriend who wants to be a royal wife. Did you believe the pole dancer’s story? Why do you think Harry’s speaking out now when he didn’t before?