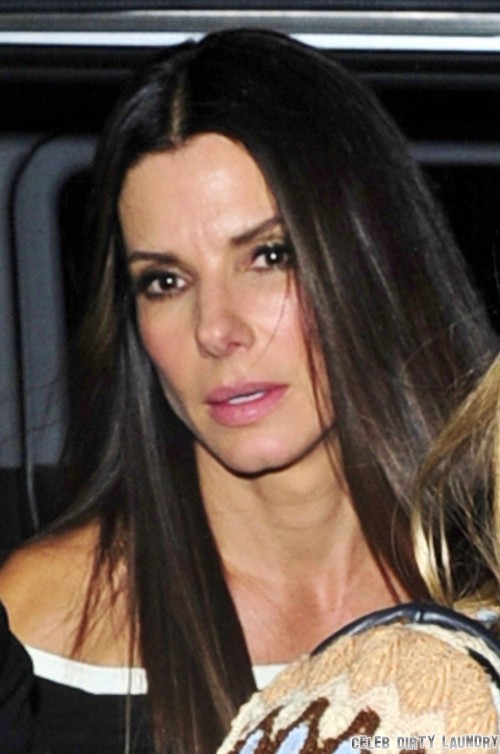 Look, there’s little to no chance of Sandra Bullock being a drug addict herself, or even involved in using/selling/dealing drugs. She’s too busy with her career and her toddler son, and if something this major was going on, it would have leaked to the press already, right?

Today’s cover of the National Enquirer claims that Sandra Bullock is ‘caught in a drug nightmare’. Out of all the celebrities, the one person that I never expect to see in a drug related headline is Sandra Bullock. However, you then remember who her ex-husband was, and it starts to make more sense.

Well, not necessarily. When Sandra Bullock first adopted her son, she was able to keep that a secret for several weeks before she announced it to the public. Not several days, several weeks. When you’re someone in Sandra’s position, you can afford to keep a lot of things private. However, the people close to her agreed to keep that private because they care about her and want to protect her.
If she was involved in drugs, do you think they would do the same? Maybe they wouldn’t go blabbing to the tabloids, but they would certainly want her to seek help, wouldn’t they?

So if we rule out Sandra using drugs herself, then what are we left with? That someone close to her is using drugs? Either that, or the Enquirer’s trying to say that she’s become a pothead. I’m going with someone in her family or friend circle being in trouble.

Then again, this is the Enquirer. What are the chances of this being true? Keeping that in mind, you can probably imagine the most outrageous headline you can think of, combining Sandra Bullock and drugs, and that’s probably what you’ll end up with.