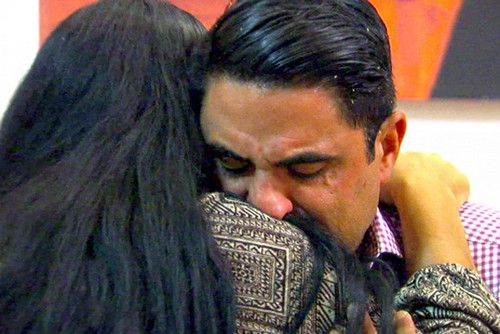 After last weeks’ episode of Shahs of Sunset hit all time ratings highs, Bravo decided to give viewers an early Christmas gift. This week the network will air not one, but TWO brand new episodes of Shahs of Sunset. Episode 3.06 “Persian Pride” will air tonight on Bravo at 9:00 PM.

Last week on Shahs of Sunset 3.05 Reza got into a catfight at a gay bar with another gay Persian man, and spewed a load of gay hate comments. Not only did he alienate himself from the gay community, he also caught backlash from his own friends, who did not support his comments.

Tonight on Shahs of Sunset, “Persian Pride,” Reza will deal with the repercussions of his anti-gay rant. The Shahs of Sunset cast is invited to ride on the float in the LA Pride Parade, but MJ and Reza are not allowed to join them. Asa, Lilly, and GG are conflicted about Reza’s behavior at the gay bar, and Reza ultimately breaks down and makes an emotional confession to Asa.

Get ready because tonight’s episode of Shahs Of Sunset looks INTENSE! Be sure to tune in to Bravo tonight at 9:00 PM to see if Reza can redeem himself in time for the Pride Parade, and whether or not his friends forgive him for his behavior and the hurtful comments he made at the gay bar.