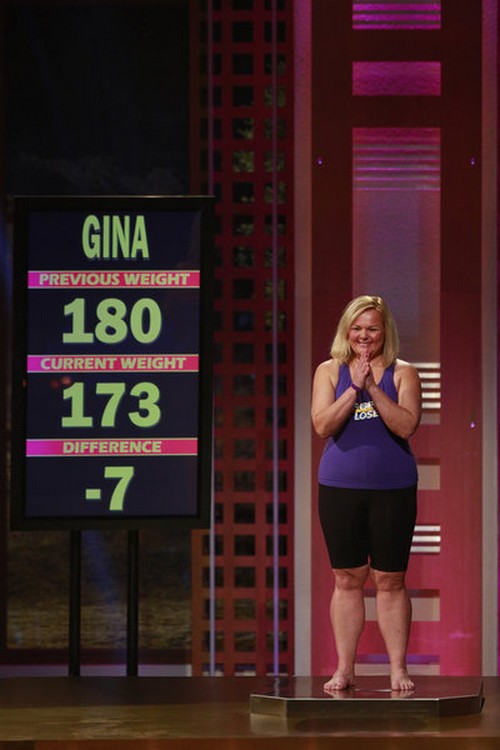 The Biggest Loser was once an inspirational Tony Robbins-esque spectacle that gave backyard KFC eaters a chance to become “beautiful”. This Weight Watchers-wannabe fever gripped the world and the show became an instant reality television juggernaut. Every season, overweight people lost weight, won money, and cried over doughnuts and Fizzers. It was beautiful in its simplicity. It was powerful in its message.

However, as with most reality television juggernauts, the show soon became a filtered and diluted version of its former self. (It is almost as if someone bought a Coke, added bleach to the liquid, and died a horrible death.) What was once a reality television show that kept the water cooler cool, is now a cult-like snuff piece with Kool-Aid in the freezer. The audience’s empathic responses became eclipsed by sentimental hogwash and exaggerated editing. Jillian Michaels – the show’s sweetheart and America’s most loved lesbian (after Ellen DeGeneres of course!) – lost her inspirational shine and fell into a pit of droll responses and fat denying.

In other words, The Biggest Loser lost its way.

The show’s 14th season – currently being aired – is even worse than all of the preceding seasons. The 9th episode that aired last night was more absurd than a German dwarf dancing in a strip club and sipping Juicy Juice.  The contestants were faced with their greatest fears – being alone, vegetables (have you ever seen an angry carrot?), poverty, and a whole range of phobias and nightmares. We’re all for kicking the fear of clowns and soup, but The Biggest Loser – and Jillian – took this episode to the extreme. It was, in fact, so excessive and bizarre that Fear Factor’s alum wept in a bag of maggots.

One of these terrorized contestants, Gina, had to overcome her fear of being alone and her fear of being in enclosed spaces (claustrophobia). These aren’t random fears written in a psychiatric thesis; they’re normal, garden variety fears that cripple the sanest members of society.

Jillian – in all of her omnipotent, quasi-intellectual wisdom – told Gina to get into a coffin, because, you know, people fearing enclosed spaces should stare death in the eyes every second day. (Correct us if we’re wrong, but if someone stuffs us into a coffin and prepares us for our inherent fear of death – Carl Jung would have had a field day – we choose to change as quickly as possible, because the idea of being buried alive inherently forces us to pee on carpets and eat Lego Blocks for dinner)

Into the coffin Gina went, and in a Tim Burton-esque turn of events, Jillian opened the coffin and told Gina that she had a “choice to change”. Jillian, the clever woman that she is, then told Gina that she was killing herself and that’s why she put her in a coffin. Gina sobbed and held on to her sanity for twenty minutes before admitting to her mistakes of the past week and owning up to her overweight responsibilities. (One can obviously appreciate the artistic symbolism in this pseudo-scientific whirl at cognitive therapy, but Jillian, albeit inspirational, doesn’t have the qualifications to rectify inherent fears).

Immediately following this lackluster attempt at bringing a dumbed down audience to tears, Oprah farted and Dr. Phil had a stroke. Cold chills turned into horror, maudlin tears turned into screams, and anxiety sufferers grabbed the closest Valium and dry-swallowed. This was, in all probability, the most absurd moment in The Biggest Loser’s history. If this infinitely wise and sentimental show survives this hellish season of fat fears, and it isn’t axed very soon, the apocalypse might be upon us. (Being eaten by aliens, while reading Ernest Hemingway and deciphering T.S. Eliot’s poetry, will be the only way we’ll ever un-see the horrors of The Biggest Loser’s 14th season).

If Jillian had her way, and the producers were slightly more off-kilter, the contestants might, in upcoming seasons, be subjected to their own version of Hunger Games, because, you know, staring death in the face every second day inspires people.